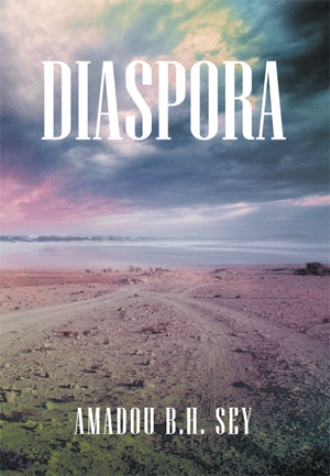 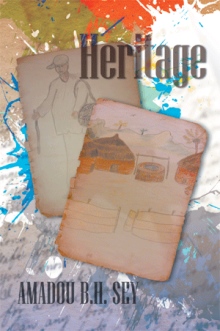 The inspiration that triggered the poems in Diaspora is the perspective of the African immigrant to Europe, or to wherever in the western world. Those immigrants, who decided to move or not to move, leave behind their nations, families and loved ones. The reasons vary though, for political, economic, social or religious.

Diaspora is a dream that may either come true or dissipate into thin air, when they arrive to their destinations. Great expectations fail and things start falling apart.

The categories of Diaspora are two or more but the basic are those who come, without being literate or any professional qualification. These men and women end up working either legally or illegally. Most work on construction sites or physical hard labour jobs. Thus they are the labour or manpower brain drain.

The other sector is those who come to further their academic education but eventually stay to work abroad. Another subsector of them comes already trained in different fields, such as doctors, teachers, engineers and nurses.  Their reasons to stay are mostly political or economic. For some, to go home may signify persecution by corrupt, dictatorship governments or regimes.

Thus I call them the elite brain drain from developing countries to Europe or the west developed and mature democracies. Diaspora denotes what these people experience and undergo, betwixt an exodus of mass migration.

I was born in a village, in one of the former British colonies in the West coast of Africa. This country gained its independence on 18 February 1965.. In 1975 I passed my common entrance examination, with scholarship. I Left my native village for the first time, to attend my high school education at the only government boarding school. Armitage high school and is where I had my first inspiration to write my first poem in 1978. I read this poem, to the whole school at the assembly hall, during a Saturday night impromptu concert. In Armitage, I acquired a lot of aspiration and experience, which haunted and influenced my life onwards. After high school I started teaching as an untrained teacher, the following subjects: West African History and civics or government. This was from 1980 to 1982 at the capital city, Banjul junior secondary technical school. I was eventually transferred to Saint Augustine’s junior secondary school in September 1982 to July 1983. Then I joined Action Aid, a UK based NGO for developing countries. I continued teaching in CLCs equivalent to primary schools called “community learning centres” at Madina-sasita primary school and Sitahuma primary school from October 1983 to July 1987. By merit of hard work and competence, I was promoted to the status of a headmaster and transferred to Naode primary school; I got married in 1988 AND my wife joined me at Naode in 1989. I was transferred to Gunjur Kuta in 1990 March. My first child a boy was born on August 20th 1990. Alternately, I obtained a qualified, experienced teacher certificate, following six years of in-service training course. This course was financed, conducted and tutored by the ministry of education and the participation of, the teachers union. “a member of the ILO international Labour organization” in collaboration with The Bunumbu university college, Sierra-Leon. The course was monitored, by The New Castle University in the UK. Consequently I returned to the ministry of education at the end of my service with Action Aid international. I was transferred to Bansang primary school, from 1991 to 1993. Finally before going to France, to further my studies on scholarship, I was posted to Gunjur junior secondary school, in the western division of my country. From September 1993 to March 1998, the year I came to France. In France I had two intensive training courses in French called FLE francais langue etrangere with FIDE formation, l’insertion, development et l’education, from 1999 to 2001. Consequently I was admitted to continue on a Bilingual course of English and French with GRETA, at where I attained a professional certificate in translation, public relations and communication from 2001 to 2003. Thus, with these qualifications I opted to work in France. For Railrest Company, a high speed train service with Thalys international company, since August 2003 to date. I have a past rich and cultured experience of 18 years of teaching, in Africa and 9 years of work with Railrest. I specialize in check in, boarding ticket control, information, and orientation of passengers, at Gard du Nord train station, Paris; departures of international passengers heading to Brussels, Amsterdam, and Düsseldorf in Germany. Whenever I am not at work or out with my family, I keep on writing. My hobbies are cycling, walking, reading, writing, music, watching movies and of course the NEWS on TV. I have five children. Three boys and two girls, they are all presently at school going age. I have been on active service, both in Africa and Europe. This makes me a highly field experienced person.. The poems of diverse visions, heritage, in Africa from my cradle to 1998, I now live in the Diaspora in France. My family and I have been granted French citizenship since 2008. Being a graduate from a university without walls, in the republic of letters, where the libraries and faculties are the people and their lives. I have lived to learn as I try to attain by doctorate degree, of learning how to learn, thus telling the story by writing poetry, for now. From the actions, thoughts and deeds of my characters, I continue to learn how to learn. My notion of education is from womb to tomb.