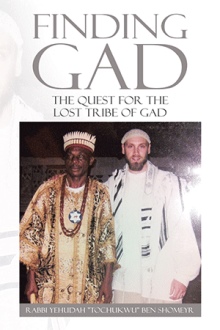 In this incredible, true, and inspiring story, God’s Love Prevails, you will discover how God reaches out to the lost and the wounded as he did in the biblical times.

It is believed that the Igbos of Nigeria descended from Israel. I was born and raised in Igbo. I remember in retrospect the culture and traditions of the Igbos which I discovered very similar to that of the Hebrews. In my post-primary school, I as well read the trilogy of Professor Chinua Achebe: Things Fall Apart, No Longer at Ease, and Arrow of God. These three books explicitly show and prove the belief that Igbos descended from Israel through the cultural and traditional events that run in the books. These, coupled with the information from my biological and spiritual father before he passed on, make me think deep of this supernatural encounter with the god of Abraham, Isaac, and Jacob.

Furthermore, you will see how God went in search of a vessel to portray that which is written in 1 Corinthians 1:27–29.

That no flesh should glory in his presence.

Finally, God’s Love Prevails also tells the story of how God called and equipped me. I experienced both the supernatural and human nature of God with compelling evidence.