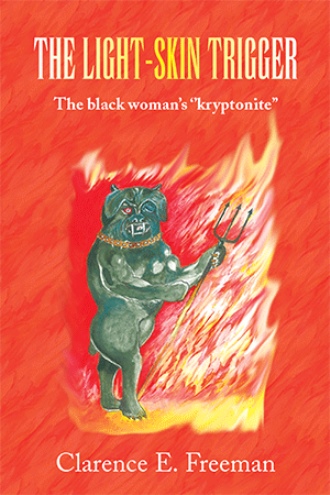 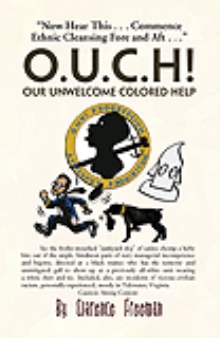 The Nonsagacious Saga of the “Fourth Monkey”

President Reagan was reportedly born in 1911. He had plenty of time to read about the outrages committed against black people during his lifetime and afterward. Either he didn’t read the papers between then and now or he chose to ignore what he read. Virtually all the outrages committed, as outlined in this book to me personally and millions of other black citizens during that lifetime, including the lynching, burning of blacks out of their homes by night riders, the rapes of black women and girls, the killings of blacks who tried to vote, and other atrocities too numerous to mention, he, apparently, has chosen to ignore. This says nothing about the forcible segregation in virtually all facets of American life. He lived over ninety years; what was he doing all this time that he didn’t notice all the evil and viciousness inflicted on black Americans?
The experiences, which I had personally outlined here, constitute a virtual treasure trove of bigotry. Perhaps God has asked him what he was doing all this time—that is, besides trying to curry favor for political purposes with bigoted whites in the South and nationwide by extolling the supposed virtues of states’ rights while totally ignoring the rights of black citizens, and by complaining about “forced busing” and “affirmative action.” Didn’t he consider it “forced busing” when white students were “bused” past black schools and black students were “bused” past white schools in order to enforce racial segregation while wasting much gasoline in the process? Did he disdain “affirmative action” when white people were the beneficiaries of preferential treatment (and largely, still are)? Whites in this country have never been placed in a disadvantageous position compared with any other group. The reason being that they were usually the ones in control, and most of them, likely, are not masochistic.
Wasn’t he concerned about the individual rights of black people? He was apparently an advocate of the “three-monkey” approach: see no evil, hear no evil, and speak no evil. He further practiced the “fourth-monkey” philosophy: acknowledge no evil. According to columnist Bob Herbert, Reagan was opposed to the Civil Rights Act of 1964 and tried to weaken the Voting Rights Act of 1965. He opposed a national holiday for the Reverend Dr. Martin Luther King Jr. He also tried to get rid of the federal ban on tax exemptions for private schools that practiced racial discrimination. Reagan also, in 1988, vetoed a bill to expand the reach of federal civil rights legislation, which Congress overrode. He also vetoed the impositions of sanctions on the apartheid regime in South Africa, which Congress also overrode. Herbert says there is no way today’s scribes can clean up this record. So despite almost four hundred years of slavery, denial of the right to vote, lynching, beatings, wholesale rape of black women and girls, segregation, and every other cruelty, President Reagan held that there is no discrimination in America. The most ironic thing is that even after denying the existence of discrimination in this country, he himself was one of its foremost practitioners. He was suppressing blacks’ justice with one hand while currying favor with bigoted Southern whites with the other by going to the scene of the murders of three civil rights workers and assuring the populace that he will “stand with you against the blacks.”
In their zeal to “keep blacks in their place,” many whites in this country will elect anyone who promises to make their dreams of black subjugation come true, blatantly or surreptitiously. This is how we got in the current mess in Washington. Perhaps Reagan should have turned up his moral “hearing aid” and taken off his moral “blinders.” I’m sure that by now, God has made plain the price of perverting his will. Reagan had over ninety years to “do the right t