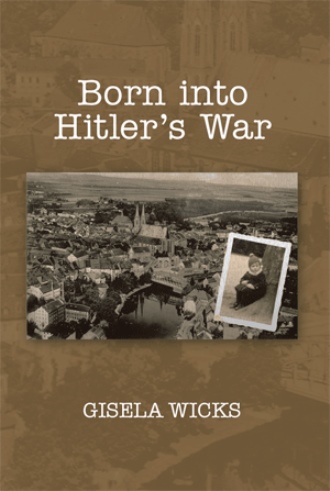 This memoir is the story of my childhood and teen years. It begins when I was very young with my parents' divorce, then goes on to living with a spiteful and unloving stepmother, World War II, my father being wounded, the fear of the approaching Russian front, our fleeing from them and bombings.

After the end of war, as we tried to make our way back home, I was terrified of the Russian soldiers and war prisoners who roamed our countryside. I feared my father would be shot or imprisoned. I listened to women screaming for help while being raped. I endured the sorrow of losing my beloved father, followed by living with my stepmother's cruelty. My agony ended with the happy reunion with my real mother, my sister, Oma my loving grandmother, and family.

After WWII ended, my family and I lived behind the "Iron Curtain" in East Germany under the Russian occupation — Stalin's "Iron Fist." His communist regime imposed such strict isolation and extreme hunger on us that in June of 1953 the citizens of East Germany waged an unsuccessful uprising to gain freedom from Russia and communism. Finally, in the fall of 1953, when I was eighteen, we escaped to West Germany. These are the memories of my childhood and teen years.