Steve McQueen Would be Proud 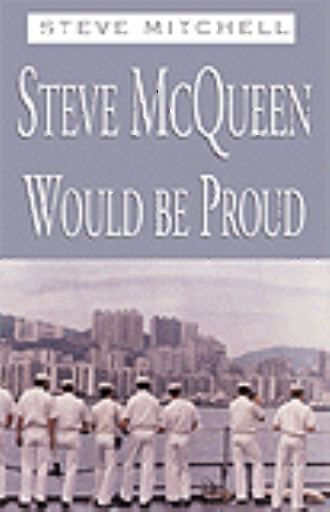 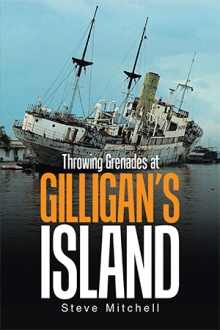 Early morning steam rises from the pier pilings of the Subic Bay Naval Base as the shore patrol escorts a handcuffed Fatty Fitzgerald to the quarterdeck of his new ship, the U.S.S. Dermody. Instead of a uniform, Fatty is clothed in a soiled bed sheet. From that moment, life changes for the men aboard the Dermody, especially Larsen, a young sailor fresh from electronics school.

The year is 1973, the dog days of the Vietnam War, and the Dermody is beginning her WESTPAC cruise. With no enemy to fight, the ship´s crew turns on itself in fits of racial tension, drug use and insubordination.

Enforcing his will with his massive belly, Fatty Fitzgerald brings his spit and polish "rules" to the ship, intent on instilling the discipline of the "old navy" upon his electronics division. Larsen must decide whether to bend to Fatty´s indomitable will, or experience the revolution with Goat, a fellow technician and self-proclaimed hippie. Other influences are Sonny, the emotional leader of the ship´s blacks, and Nettles, the bible-thumping corpsman who attempts to save Larsen´s soul, but loses his own. To complicate things, Larsen falls for Juliet, the Chinese bargirl who steals his heart-for a price.

This 157,000-word novel takes place at sea and in the exotic ports of the Orient. Larsen loses his money on the muddy streets of Olongapo, is chased back to his ship by a typhoon in Hong Kong, and endures the Shellback initiation at the equator. By the time the Dermody arrives in Singapore, Larsen has made a decision that will change his life forever.

"Steve McQueen Would be Proud" is a coming-of-age story that explores a world that no longer exists, except in the memories of thousands of sailors who served in the Western Pacific during the Vietnam War.

Born and raised in the Midwest, Steve Mitchell joined the navy after graduating from high school in 1969. He served nine months in Vietnam, then on a destroyer home ported in Pearl Harbor, Hawaii. After his six-year navy hitch, Mitchell attended Iowa State University and earned a journalism degree. He wrote for SolarUtilization News before getting a job at the Estes Park Public Library, where he now works as a reference librarian. Mitchell, his wife Lori and his son Jeff live five minutes from the entrance of Rocky Mountain National Park.