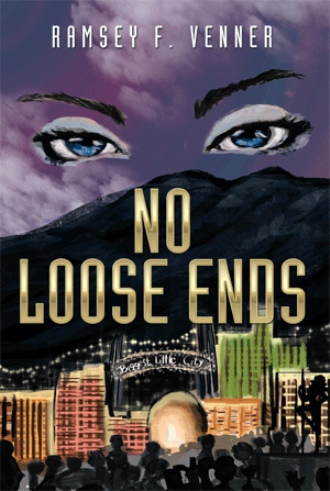 A couple more turns and I was pulling into the driveway of a brown and cream single level. There was a Big Wheel in the grass and a few other toys scattered across the lawn. I didn't phone ahead, but the pipes of the Challenger gave me away every time. I hit the gas pedal after I parked just to rev the engine again. The high-performance Hemi let out a deep guttural rumble, and the house's front door swung open immediately.

Barefoot and looking like he was in the middle of lunch, little Able ran out, letting the screen door slam behind him, with his face wearing a Cheshire cat smile and orange Spaghetti O's stains. "Travis! Travis! Travis! Travis!" he yelled as I got out of the car and scooped him up and squeezed him like he was my own. He squeezed back.

"What's up, chico? Where are your shoes? You know better, right? I buy you all the Air Jordans in the store, and here you are barefoot like Bam Bam," I scolded lightly.

"I had my shoes on earlier when I was outside, but I was eating lunch, and my feet were hot," he explained.

"Ya esta en casa, Ella," he responded, and then in a crazy unexpected movement, he looked at me as if inspecting my shave for new stubble, then all at once hugged my neck and cradled his head on my shoulder. I hugged the little guy back and noticed his mom standing in the doorway, watching the whole scene. She shook her head, and though I was in the midst of a rated-PG hallmark moment, her silhouette in the door frame stopped me in my tracks. She was wearing khaki pedal pushers and the gold anklet and pendent I gave her. Her lilac shirtsleeves were snug on her toned arms and made me think of her in spandex jogging or working out. Everything about Ariceli excited me.

She had a dish towel in her hand, and her hair was in a loose ponytail. Not even trying, but three years after having Able and whatever the combination of mommy workouts, walking the Marina, P-90X, and good genes she had put together, at this moment, with one fleck of that black hair falling over her right eye and resting on the side of her face, I was almost sent into a caveman's lustful fit. Able was saying something in my ear, and I couldn't even hear him. He had gone from loving to inquisitive to something else, but I couldn't turn my attention away from his mom. Ariceli's face was angelic, with deep brown almond eyes, soft butterscotch lips, and a cute little round nose that she crinkled when she blushed, like she was doing right now. Able slapped both sides of my face with Spaghetti O's-stained hands and brought me back to consciousness.

"I asked you if we can play PLAY STA SHUN !" he sang and half yelled, furling his brow to get his point across.

"Yes, man, damn!" I told him, fake annoyed, and started pacing to his front door. I dipped and swung him, and he exploded with joy. "After lunch, you get out here and clean up your toys, okay? Okay?" I asked again when he didn't answer. "Okay?" I buried my face in his neck, growling like a kid-eating monster, and he relented.

"Okay! Okay! Okay!" he shouted through laughs and rib tickles. Then I was right in front of her. Our eyes locked, and I felt the time-freeze thing happening again. I shook my head and broke it. I pulled her into my body by the waist and breathed in deeply, taking in her fragrant neck. I felt her back arch under the force of my paw, and I kissed her neck.

And in a voice only for her to hear, I said, "You just had me so stuck right now." She dug her nails into the back of my neck lightly, and we parted slightly for a light peck on the lips. As soon as I could see Able's eyes look away, I fully palmed Ariceli's firm bubble backside and squeezed it to satisfy the pacing tiger inside of me. She grabbed my wrist as I tried to let go and kept my hand there for one more second before snatching it away. I smiled, and we all went inside.

I was at the dinner table feeling refreshed and off in some distant place, working through all I had learned. The situation in this small town had become grave, and things could get outta control in a heartbeat. The guns that were zipped up in my truck felt like I could be crossing over into a land of no return. I knew how to handle shit, but this wasn't a schoolyard fistfight. If and when I had to draw down and shoot it out with someone over my tree, I would be a real outlaw. But what were the alternatives? Just let it go? Take the loss and risk whoever took my shit would come at me again? Losing fifty to one hundred thousand at a time? People don't deal with numbers like this in their lives, and this would have been my second shipment this week. All games aside, access to this life was worth it. The give and the take, the risks and the rewards, the joy and the pain. I was trying to picture the best-case scenario, but if it came to some gangsta shit, then so be it.

"What's wrong?" Ms. B asked from the hall, looking motherly at me while I ate. The plate contained steak, mashed sweet potatoes, and broccoli with cheese that she had prepared and left in the microwave for me. It started out bomb, but I had stalled, lost in thought.

"Why do you ask, Ms. B?" I shot back without looking at her.

"Well, for one thing, you came in here and crashed like you been working in the fields all day. Then you're messin' over the dinner I prepared for ya. And finally, it's Saturday night, and you smell like you headed out to chase hoochie, but you're dressed like you fixed to rob a bank," she explained. "So, young man, what's the problem?"

I looked down at my paratrooper cargo pants, snug black T-shirt, and black Timberlands, and while I thought the outfit was a perfect mix of fly and function for tonight's mission, Ms. B put all the context clues together and came up with a problem.

"It's complicated, Ms. B," I said. But her presence in the room kept my mind from wandering, and I reengaged my plate of steak and cheesy broccoli.

"Well, you feel like talking? Maybe another set of eyes will help you see through the murky waters you lost in," she said. I felt the anger boiling up inside of me as I thought about how fucking helpless this bullshit situation was. We were blindsided and now chasing our tails and trying to put together an underworld detective comic with half-ass bad guys and no super hero to save the day, but this is the hustle, Wink said it best. If I let roaches live, they'll multiply, and my home will crumble. I wanted to let it out. I wanted to say "fuck it" and pay Wink off and just run the tire shop. But thinking like that would make me lose my edge. I started feeding into the anger, and it translated to my knife handling. I sliced at the rib eye on my plate and put a formidable-sized chunk in my mouth.

Sensing my words were now impeded by pieces of steak, she walked over to the kitchen and got herself a glass of water. I felt her eyes on me, so I offered up the thought that was scrolling across my brow like breaking news on CNN.

"I just gotta get an understanding, Ms. B." At that moment, my phone rang, and I saw it was J Dub.

"Yeah? Come in the garage." I was up putting the plate in the sink. I rubbed her back, wrapped my arm around her, and squeezed. "Listen, there's a bag on my bed for your trip in the morning. I left cash on the dresser in case you gotta catch a cab to the train station. I'll most likely be out all night. So be safe and tell Winky I'll get at him as soon as I can," I said. I put the Raiders fitted cap on my head and disappeared into the garage.

Travis Smith has tough choices to make when money, emotions, and loyalties pull him in different directions. Operating in the shadows of Reno’s flashing lights brings sizzling encounters with exotic sex workers, bundles of dirty money, and unavoidable brushups with local bad guys. He thought quick wits and an air tight hustle were all he needed, but when push comes to shove, the real test begins. When his world is disrupted and the chaos of a casino town start closing in, he finds peace in the slow-growing passion of an outsider, but it may be too late to cash out . . .

Ramsey F. Venner’s work comes from a love of knowledge and understanding of human nature and the funky drumbeat that his life travels to. Born to a nurturing mother and a Colombian father, he experienced a unique childhood which shaped and broadened his worldview. Youngest of a blended family, father of one, and consummate competitor, this combination has yielded triumphant successes and crushing defeats, but unyielding optimism urges him forward. The pain and punch lines from those experiences are contained in his stories as his feet search for solid footing in real life. His first novel, No Loose Ends, is just the beginning.