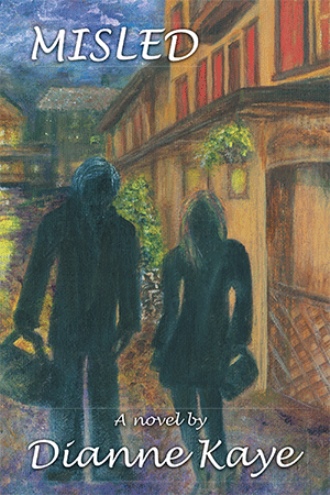 CHAPTER 1 Northern California It was close to dusk when Jade Anne pulled into the tree-lined driveway of the two-story old farmhouse. The property was sitting off the main road beside an overgrown pasture, isolated from the other farms in the area. She drove the car up to the gravel walkway and shoved the gearshift into Park. Relieved to see there were no other cars in sight, she unbuckled the seat belt and looked out the passenger side window. The house looked unkempt. The faded blue green shutters hung lopsided from the front window, and much of the off-white paint had curled and chipped away from the vertical slats. The wood siding was streaked with brown and yellow patches of raw wood and discolored paint. The property had deteriorated since she last saw it. A giant half-dead oak tree, with limbs covered with stringy lime green moss, hovered over the debris-covered shake roof and gave the place an eerie presence. The sun slid behind a hill in the background. A reflection bounced off gray clouds and washed the sky with streaks of silver and gold. Muted shadows jutted out beneath leafless trees like fingers, perched ready to grab anything within reach. Jade leaned her head back on the headrest, closed her eyes, and took a deep breath. She let it out slowly in an effort to get grounded. Sitting in the safety of her car, eyes scanning the property for the second time, she made sure she was alone. Jade wondered if Stephan would be here or send someone else. I wouldn’t be here if it wasn’t for that damned letter. It could be a ploy to dislodge her from the safety of her retreat and get her alone. She knew it wasn’t safe for Stephan to enter the States, yet there was a part of her that hoped he would try. On the other hand, she was afraid of what buried feelings would be brought up if she ever laid eyes on him again. Stephan had warned her in the letter: “Watch your back.” Before she left home, she had put the revolver he had given her under the front seat. She got out of the car, locked the doors, and tucked the keys into her Levi’s. The weapon fit into the pocket of her Windbreaker. Stephan’s voice echoed in her head. Remember to breathe. Otherwise, you’ll get light-headed. Jade walked up the gravel walkway cautiously, rubber soles crunching rocks, and climbed the rickety front steps. The toe of her boot caught on a nail. She stumbled forward on the rotten porch boards but braced herself on the wobbly handrail. Fear stuck in her throat, but she pushed past it. She found the key under the terra-cotta flowerpot on the porch and unlocked the front door. It opened with ease; she left it open in case she needed to leave in a hurry. She squinted against the dark haze and swirling dust and felt the hair on the back of her neck tingle. A stench of faulty plumbing mixed with mold and plaster dust met Jade as she stepped inside the dank and dusty parlor. Gray light streamed in from the dirty windows and threw distorted shadows across the floor. A cracked mirror on the wall caught her reflection—wind-blown copper hair, turquoise eyes clouded by stress. People often told her she didn’t look her age, but she was beginning to feel her forty-five years. Jade turned away from the mirror and moved her gaze around the room. The once-beautiful dark walnut floorboards looked almost as rotten as the porch. The ceiling hung, suspended, unevenly from above, its warped plaster ready to collapse. Some pieces had crumbled, dropped to the floor, and turned to dust. There appeared to be a kitchen and dining room on the left. Cupboard doors stood in one corner on a floor, scattered with broken black-and-white tiles. She stood still for a moment and listened, awash in the deadening silence. A wooden staircase covered with layers of dust and cobwebs stood against the northern wall. She hoped Stephan didn’t leave the package upstairs and decided to look downstairs first. As she crossed the parlor to the hallway, the floor creaked with her every step. Jade wandered up and down the hallway of the old farmhouse, frantically trying doorknob after doorknob. Her boot steps were muffled by the rattling sounds of metal against glass, bouncing from wall to wall. She thought she could not stand the sound any longer when one door gave way. Her heart pounded against her chest so hard that she could hear it in her ears. She opened the door slowly and peeked around the doorjamb to see what might have been an elegant master bedroom in a past life. However, time had taken a toll on the torn floral wallpapered walls. Ragged burgundy drapes hung from a wooden rod above an arched window. Faded and frayed forest green carpet showed a lifetime of footsteps. Then she spied it. A wooden briefcase sat on a rickety bedside stand, and she recognized it immediately. It was made of polished maple hardwood. She had bought it for Stephan at a quaint little gift shop as a going-away present. Of course, he would leave it for her in the bedroom. The briefcase sat on the dusty table as if it had been waiting for her all this time. Jade approached it carefully, afraid of what she might find inside. She reached into her pocket and wrapped her fingers around the small brass key so thoughtfully included in the letter. Hands shaking, she inserted the key. She hesitated to savor the moment, but she no more than lifted the lid on the briefcase when she heard a noise upstairs. Her thoughts became verbal. “Stephan?” Jade’s voice bellowed throughout the empty room as the realization hit her. 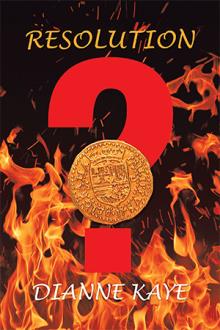 The comfort of Jade Anne’s mountain retreat collapses when she receives a letter from an old flame, Stephan Peltzini. As ex-coworkers, they have had no contact for five years. She has tried to forget the past and become invisible, but the letter arrives in her new name and address. It finds her like a wild animal tracking its prey. Stephan tells Jade she is sole heir of a family fortune in a bank in Germany. Hints about her family heirlooms to make the letter seem credible. He suggests that she travel to an abandoned farmhouse after a package of vital family information. By the time she finishes the letter, her curiosity is piqued. The car is full of gas and the farmhouse is only a day’s drive away. She ignores the clanging bell of better judgment and decides to retrieve the mysterious package. Blinded by love and naïve trust, she is pulled into the spiritual journey of a lifetime. She finds herself locked in an unhealthy relationship and exposed to extreme darkness. It takes a gutsy attorney, private investigation, a psychologist-priest, and a maze of courtroom drama to save her soul.

Dianne Kaye lives in the beautiful Pacific Northwest and spends her leisure time painting landscapes and writing poetry and fiction. Retired after twenty years of human services work, she finds inspiration to write from the many courageous people she met as a youth worker, addictions counselor, family therapist, and HIV case manager. Always aspiring to be a writer, she studied books from suspense, psychological thriller, to spy intrigue. She learned to use published writers as silent mentors and developed a unique writing style of weaving reality into fiction. She has published several poems and short stories in an array of anthologies. Puzzled by the women who chose abusive men repeatedly and suffered negative consequences, Kaye discovered a religious concept called soul-ties, created through intimacy. If a relationship involves escalating violence, a negative soul-tie is formed. Sometimes it takes determination, courage, and divine intervention to be free. Compelled to write a story about a woman who finds herself in a dangerous situation, Kaye penned a suspenseful drama. As she added more characters, the tale turned into a suspenseful, action-filled adventure. Misled is Kaye’s first novel. She says, “I hope you enjoy reading the story like I enjoyed writing it.” She is currently developing the outline for a sequel.