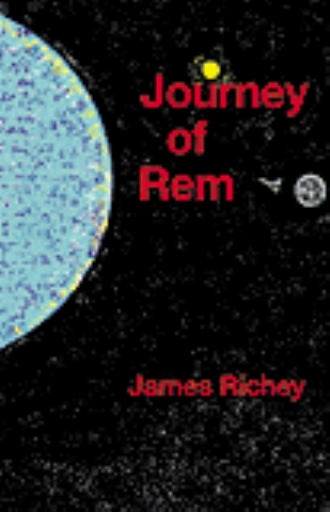 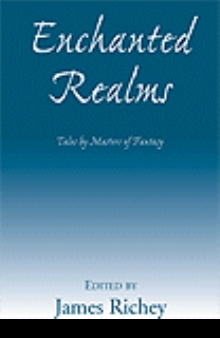 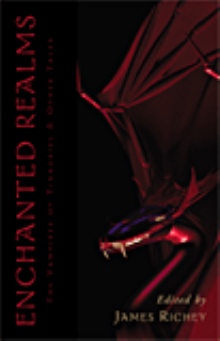 Rem signaled the Explorer.  "I have encountered only Elemental drones.  I am proceeding to the next building."

"Affirmative, we are scanning your transmission," replied Joc.

Rem was sending the crew visual telemetry along with his binary messages.  He continued on towards a large, two-story structure.  Suddenly, an individual heat source emerge from the building.

He scanned an android-like outline and was able to quickly identify it.  It was an Elemental.  Just as he had discovered in the derelict spaceship.  But this Elemental was animate.  It was alive.

Rem observed: the Elemental had long gold strands like fiber optics dangling loosely about its shoulders and upper torso.  A bright yellow covering concealed its bodycasing.  Infrared scan revealed the lower appendages beneath the covering.  In its upper appendages it carried a bin filled with organic substances.

The Elemental apparently had not scanned him or the sphereship until it had closed to approximately ten meters.  Then its headcasing jerking upward suddenly and it halted.

Rem halted his approach as well.  He and the Elemental scanned each other for just over eight hundred and fifty thousand milliseconds. Then the lower section of the Elementals headcasing opened, revealing an orifice. Rem scanned the hard, white calcium deposits that made up its internal chassis.  Finally, a sharp osculating frequency was emitted.  It appeared to be a speaker unit.

This was optimal data!  The Elemental was attempting communication.

Again Rem endeavored to interface.  He emulated the sound pattern the Elemental had completed. He was establishing a link so that the Elemental could teach him its language code.

But something went wrong.

Suddenly, the Elemental dropped its bin of organic substances, turned and fled from him, flailing its two upper appendages in the air above its headcasing.

Curious, thought Rem.  It moved away as if there were some danger.

Momentarily, the Elemental reappeared with a second, larger Elemental in blue coverings.  The first yellow Elemental clutched to the second Elemental as though it were malfunctioning and could no longer walk.  The Elementals appeared to signal each other simultaneously in the auditory range.  Rem could not separate their sounds.  Were they attempting to communicate with him?

Again, Rem emitted the frequency osculations the yellow covered Elemental had sent him.

Unknowingly, Rem was duplicating a womans terror stricken shriek.  He repeated the sound over and over, attempting to receive some acknowledgment from the Elementals.  And he succeeded in bringing a quick response from them.

The Elementals hurried back into the building and sealed the portal that allowed access.  Finding himself alone, Rem stopped shrieking.

He sensed additional Elementals in the neighboring buildings.  His audio sensors received several nearby Elementals all osculating at various frequencies.  A number of Elemental headcasings appeared in the windows and doorways, all using organic optics to scan him.

Then the blue covered Elemental reappeared, wielding an unidentifiable tool in one of its upper appendages.  It reminded Rem of a small riveting tool used to fasten building support beams.  Spectroscopic scan revealed it was made completely of metal.  It looked very much android built.  The blue Elemental pointed the tool at him.

The tool sounded, drowning his audio sensors in its

James Richey lives in Round Rock, TX. He can be contacted at JamesRichey.com.