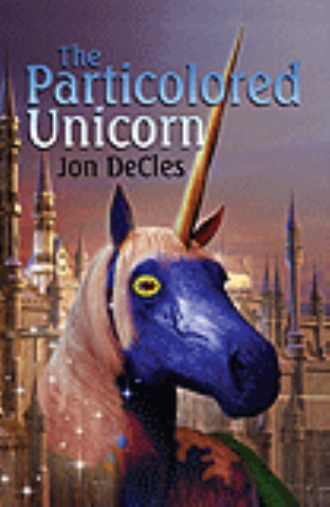 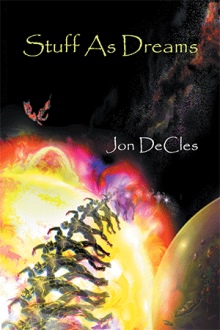 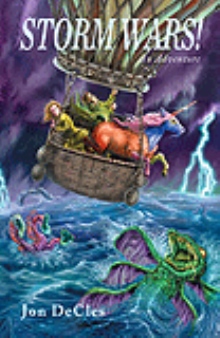 A Beloved Classic Returns to Print

Here, for a new generation of readers, is the exciing (and witty) tale of Piswyck, a young nobleman not quite ready for the world of magic and derring-do: his Particolored Unicorn (it has bad habits: it farts, and worse, it speaks in iambic pentameter), and their quest to rescue the beautiful Miranda, who has been carried off to Far Bermuda by her wicked Uncle Smagdarone (the Great?) and is held captive there in the magically-moved castle of Mad King Ludwig (Neuschwanstein), which said wicked wizard has surrounded with an impenetrable wall of man-eating gelatin.

There are trolls, hang glider battles, great green sharks, gymnastics in swordplay, Black Elves, a giant chartreuse septapus named Ralph, and a war in which the most important weapon is perhaps the umbrella.

Humor, lots of action, and a truly amazing cast of characters.

“The Particolored Unicorn most certainly does run through a full spectrum of adventure.”
--Esther Friesner, author of Harlot’s Ruse.

“Jon DeCles...wrote this delightful humorous romp of a post-apocalyptic fantasy that I shelve right next to The Last Unicorn. His style is light and irreverent while allowing his characters to be serious or angry. I wish he'd write a sequel.”
--The Library of Gothos

“I ran across this book on my mother's shelves, and devoured it in a single sitting. It both is, and is not, a quintessential 'find the princess, reclaim your lost kingdom' sort of story. Some of its undeniable humor comes from how little it takes itself seriously (which doesn't mean it's internally inconsistent or stupidly self-referential - think Scream or Spaceballs, not Scary Movie). Off-the-wall realities of its fictional world are presented completely deadpan (unicorns produced by magical genetic engineering; an Evil Wizard -- the protagonist's fiancee's uncle -- who transported Neuschwanstein to Bermuda and lives in it, surrounded by a protective moat of carnivorous pink jelly) in a way I find most appealing; almost a British sort of sense of humor is at work here.

If you like Pratchett, Asprin, or Holt, give this book a try.”
--eloisebd, on Amazon