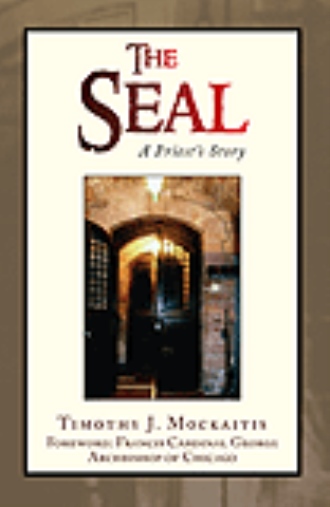 "The Seal: A Priest´s Story" recalls the true story of an outrageous violation of religious liberty which created an unprecedented rift between the powers of Church and State. When a priest recieved the sacramental confession of a jailed inmate, in which forgiveness is offered by God alone, he did not realize that the sacred priest-penitent communication had been secretly tape recorded. Would it have helped solve the case? Or has the law violated a person´s religious right? The story explores uncharted legal territory in this first impression case involving a priest, a penitent, a district attorney and the Catholic Church. It was the first time a violation of the seal of confession was alleged in a capital case in the United States, and the first time an attempt was made in court to define a violation of the seal of the confessional as a First Amendment violation.

With a compelling Foreword by Francis Cardinal George, Archbishop of Chicago, this book of narrative non-fiction, written in a unique first person voice, will be of interest to Catholics and non-Catholics, clergy and parishioner alike across this nation, all people of faith, and readers independent of religious affiliation. Citizens concerned with the infringement of our Constitutional rights,in particular the right to religious freedom and privacy, and those in the legal profession will find this book a fascinating study.

In the endless debate over the role of religion and faith in public life, this case offers a distinct contribution to that dialogue and presents a significant test of our American Constitution. Delve into the controversial incident that teeters dangerously between morality and ethics, law and religion. This very personal and public story is a compelling read.

What Others have said:

"The Seal" serves as a sharp reminder that we cannot take religious freedom for granted or stand aside when it is under duress . . ." (Francis Cardinal George - Archbishop of Chicago)

"This revelation of a brazen attempt to violate the sacred privacy of the confessional and the constitutional rights of a vulnerable suspect should alert all of us. What happened in Oregon is a warning. I highly recommend this book." (Sr. Helen Prejean, Author: "Dead Man Walking" and "The Death of Innocents."

"This is the ultimate nightmare between Church Law and Constitutional Law." (Roger Cossack - CNN).

"This is unprecedented in American history . . .a Nazi tactic . . . the relationship between a priest and a penitent is sacred and cannot be violated . . ." (William Donohue - Catholic League for Religious and Civil Rights).

"Out of nowhere, as it must have seemed, the performance of a rite . . . enshrined in secrecy became a matter for the media, for the courts, for the public at large . . . (Judge John Noonan - 9th Circuit Court of Appeals: 1/27/97)