Strike at the Heart 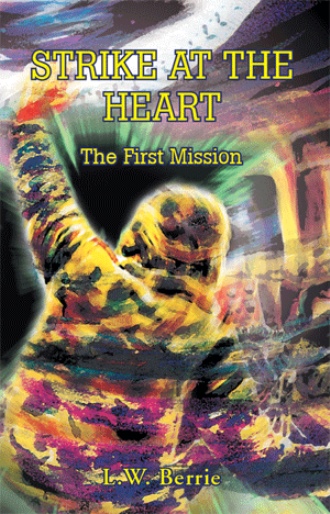 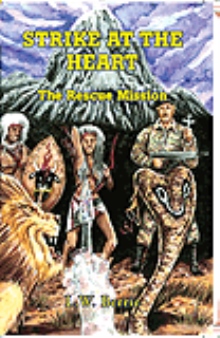 Captain John Harris, special forces A team leader, finds himself in a strange and unknown world when his convoy encounters a time gate in the middle of East Africa. He struggles to keep everyone together in spite of the attempts of Colonel David Walsh, MD, to assume command.

Just before leaving for Africa, Harris received a “Dear John” letter from his fiancée, Morning Star. His second in command and blood brother, Captain Jerome Roundtree, a Lakota Sioux, is Morning Star’s cousin. Harris is determined to get back to rectify his relationship with Morning Star. But he needs boats to reach the extraction point in time AND he does not have any.

Nomi is an African princess who lives in the year 4000 BC. She dreams of a big, strong warrior rescuing her from their hated enemy, the Masai. But when her father has dreams about her and the tribal shaman says that she must marry the warrior from the North who defeated the Masai and leave her tribe OR ELSE her people will die, she learns how hard it can be living dreams.

Judges Comments From London Book festival 2007 (Winner of the Genre Based Category):

I found the premise intriguing and the writing crisp. This is an old-fashion page-turner that sucks you in.

I definitely feel like I want to see the movie. The author has obviously traveled a bit and has a good eye for scene-setting and plot development. It’s not easy to do an involved plot like this, but the author carries it out with aplomb.
Judges Comments From Hollywood Book Fair 2006 (Honorable Mention in General Fiction Category):

Film worthy, and definitely worth checking out. A page-turning read.

I enjoyed this from start to finish. What a vivid imagination.

Five-star rating from a reader named Raye (California) on Amazon.com

I am a fan of Sci Fi, Fantasy and Time travel. This book seems to be a mix of all the above. In what appears to be LW Berrie's first effort, he has made me a believer. This book is poignant in the fact that as a woman in the 2000's I can share the heartache and strengths of one long before my time. I celebrate the touches of authentic speaking among the tribes and the fact that those who came before us, are not always that different in heart and soul. From the male perspective, this is a strong masculine lead. One of which I think both men and women can appreciate. It is hard to imagine this is a first effort. I as a fan of the genre applaud and look forward to a sequel.

Strike at the Heart: The First Missionby Anonymous

January 10, 2005: The author did a great job with describing everything, so you can picture what is going on in your head very clearly.

Strike at the Heart: The First Missionby Anonymous

Five star rating. January 05, 2005: This is not my usual choice of reading, but as I was browsing through the first chapter I was intrigued by the story as it unfolded. I found the book to be easy reading, and exciting as the pages pulled me through each chapter. I found the characters strong, bold beautiful and charismatic. I look forward to the next 'mission' and the decisions Nomi will have to make.

Born in Davenport, Iowa, L. W. Berrie was educated in California. Graduated from California State University of Los Angeles with a B.S. in mathematics and science in 1966, he worked twenty-three years in the aerospace industry. He went back to school in the Legal Assistance Program at the University of California at Irvine (UCI) and graduated with a perfect 4.0 grade point average in 1992. He took additional writing courses at UCI to improve his skill as a writer. The UC library system provided the research materials for the story.