In the Beginning: Hijacking of the Religion of God 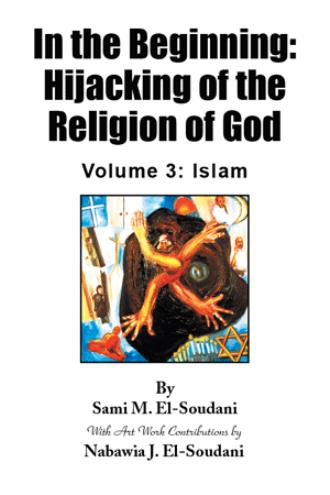 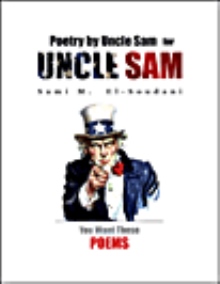 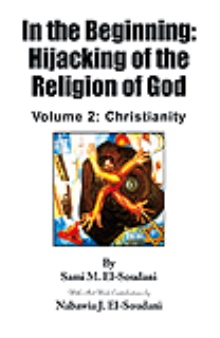 In the Beginning: Hijacking of the Religion of God
Sami M. El-Soudani
$19.99 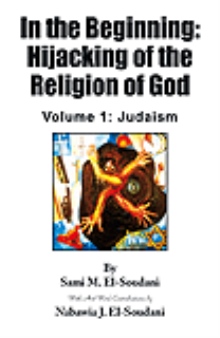 In the Beginning: Hijacking of the Religion of God
Sami M. El-Soudani
$19.99

It was shortly after I had graduated from the University of Cambridge in 1980, with a PhD Degree specializing in fracture mechanics and failure analysis of materials and structures, that I discovered the dire need for this book. This undertaking began to take shape in the early 1980’s with the Middle East aflame, devastated by what some viewed as a “holy” war, and with “millennialists” prophesying the end of days by the year 2000 C. E. After publishing and co-authoring 87 scientific and industrial reports, and technical papers, many of which were in national and international magazines on the subject of failure analysis of metals and fracture mechanics of aircraft structures, I came to realize that consequences of failures of the human spirit are far more devastating than failures of metals and aircraft structures.

But now at the outset of the 21st century the world is still experiencing turmoil and devastation by wars spreading like wildfire, with Jews, Christians and Moslems at each other's throats in seemingly never ending battles and ugly strife. Some call it “war on terror,” others speak of “wars of clashing cultures,” “crusades,” “jihad,” etc., etc., etc. One can’t help but wonder how this saga of 99% misery and 1% heroism will ever come to an end. Only the gullible would attempt to explain the ongoing world conflict among “People of the Book”: Jews, Christians and Moslems, based on the course of events during the past few years, or even the past few decades. This is where this book comes in with a rigorous, rationalized, and hopefully convincing critical assessment of a never-before-explored, most innate aspect of the human nature, and that is its obsession with hijacking of the religion of God. For better understanding of the root cause of the ongoing conflict among “People of the Book,” who are supposed to be worshipping the same God, we need to take a step back, take a deep breath, and reflect rationally, while ignoring all rhetoric and emotional bias in researching the past three thousand years of religious history. And this is exactly what I did in writing this three-volume book.

More specifically, this book is addressing the religion of God to whom every human being from among the so-called “People of the Book” today turns in prayer. Whether soldiers or civilians, when they are caught in the midst of the ongoing grisly and devastating wars, some would pray to Yahweh, others call upon Jesus Christ, while Moslem brethren whisper the name of Allah upon taking their last breath. Who is that God? And why is He so shrouded with mystery? Is He truly One and the Same God for all these people? Or are we suffering from some self-delusions and possibly hallucinations that may be the senseless products of our ancient religious fabrications and mythmaking. Going back in time three thousand years brings us to one very special night, when God was said to have come down in person onto Mount Sinai to have “a close encounter” with human beings through direct speech. This three-volume book examines the course of religious events from that magic and apocalyptic moment onwards till this day.

It took me twenty years of research to show that men who practiced hijacking long before they had wings have been quite active over the past three thousand years engaging in the lucrative business of hijacking the religion of God. All three religious persuasions: Judaism, Christianity and Islam suffered the dire consequences of miserably failing to heed the words of our Merciful and Patient God. No irony intended here in calling it “a business,” and indeed “a lucrative” one, because it brings the hijackers: power, enormous wealth, and often glory, all of which, in the sight of God translate, respectively into: arrogance, greed, and most certainly infamy.

In developing the extensive critical review of religion presented herein, detailing the respective histories of the selected thre

Dr. Sami El-Soudani is an aerospace materials scientist specializing in fracture mechanics and failure analysis and has been engaged for over thirty years in averting failures of aircraft structures. For the past 20 years, however, he has been conducting independent theological research prompted by regrettable world events clearly showing that failures of the human spirit are of far more devastating consequences than failures of aircraft structures. Dr. El-Soudani, was born in Egypt, received his undergraduate degree from the Soviet Union, his MSc Degree from the Massachusetts Institute of Technology (USA) and his PhD Degree from the University of Cambridge, England. Nabawia El-Soudani received a Master of Fine Arts Degree at the California Institute of the Arts in the program of Film and Video (May 2006). She has independently produced, directed, and edited film/videos that screened nationally and internationally in festivals and galleries including a feature length documentary, entitled My Father My Friend that complements the research in this book. Her work critiques patriarchal power and the military-industrial-media complex. Having both Western and Eastern heritage, she works to bridge the gap between East and West finding a common ground in the humanity, history, and spirituality that they have in common.