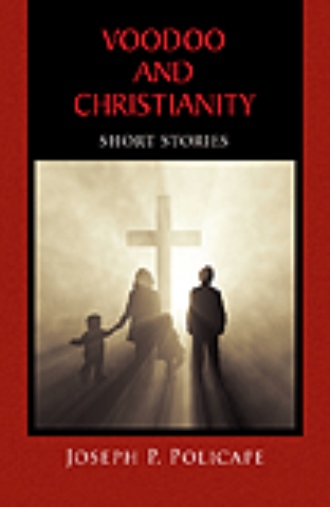 “Tell our stories, my child.” It was his mother’s last wish. Now, three years after her death, he gathers the stories that changed his life forever. Author Joseph P. Policape introduces us to the man responsible for recording these stories of faith’s victory in his new book entitled Voodoo and Christianity: Confrontations between Good and Evil.

Mario’s flooded memories bring him back to the time of distant wounds. He had witnessed the town of Bainet suffering during its most treacherous times. Once, the whole town was slaved by the demonic voodoo spirit until a small band of Protestants started a war against them. His own family had been torn apart by this spiritual war; Mario’s mother had been a strong believer of Jesus while the father had rejected Christianity, for his voodoo gods.

Read and discover the struggle that leads to the victory for the Pentecost faith in Voodoo and Christianity. After reading this book, readers will see how Jesus Christ alone stopped the dominant curse of Satan and his bloody, hopeless helpers in Bainet.

Poetry was the river that Mr. Policape dived into to wash off the anger of his soul. It helped him to mock his own madness and was his support when he finally forgave himself and the world around him. His very first published book had the peculiar title, The Bird’s Love for Poetry and Essays, and came out in 2004. Two years later, in 2006, an intense, creative time, he published two books, A Spiritual Journey and Interpretations of Romance , and now working on two more creations, which hopefully will be out in the fall of 2009.

Mr. Joseph P. Policape has received a gold medal from Famous Poet in 2007. He is a distinguished member of the National Poetry.com and Cambridge Who’s Who. Mr. Policape received his undergraduate degree in economics at the University of Massachusetts in Boston, and he completed his graduate degree in management information systems at Lesley University in Cambridge, Massachusetts. However, during those times, he was reading, writing, singing, and loving poetry. His daytime advocates were rightfully telling him that one poetry was stealing too much of his time from economics and management, but he literally and poetically ignored them!

Poet, writer, thinker, Joseph P. Policape was born in Haiti and arrived in Nyack, New York in the early 1980s. In the mid 80’s he moved to Massachusetts where his higher education took place with focus on business, Computer Technology, and theology, but the love of writing had always been a permanent love. Policape is the author of three poetry collections, a short story book and a novel.