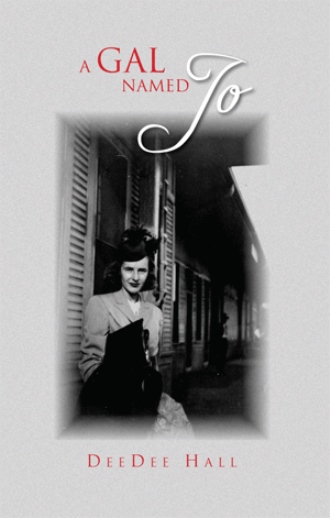 My Legacy A couple of weeks before my mother’s death, she called me aside and said, “I want you to be the executor of my estate. Your older brother Eric is too busy. I want you to do it.” I felt very unworthy and unqualified for the task, but I agreed to do whatever she wanted. My other brother Mike, who had been living with her, received the hardest task: sorting through all kinds of keepsakes and papers. You see, my mother, just as her grandmother before her, could never bear to throw anything away, especially something that might be used in a scrapbook someday. I believe my mother saved every scrap of correspondence and memorabilia of her entire life! Under my mother’s bed , my brother found a huge stack of letters – letters written between her and my father during World War Two. Our parents had never spoken of these letters and what a surprise they were! And what a volume of pages – over 2,190! When I began to read some of the letters, I was amazed at their depth, their lovely descriptions, and their well-written thoughts about life, art, and each other. These two people were transformed from being “just my parents” to captivating characters who could have stepped out of a Norman Rockwell painting. They were young and idealistic with a sometimes naive outlook on life. My father was a dreamer, a romantic, and a devoted lover. And they both had good character, a trait sadly missing these days. These letters became a great treasure find, for I felt like a part of my parents had been given back to me, and I discovered a part of them I had never known. I was given a new respect for who they really were. Every time I would tell someone about the letters, they would exclaim, “Wow, that sounds just like a novel. You should write a book!” One day, I found in one of my dad’s letters a bit of conformation. He wrote, “ I got out all of your letters yesterday and put them in order. They make quite a sizable stack. I could do a book on a gal named Jo from them. It would make a good yarn too. I wonder why you haven't thought of your own life of the last few years as the basis of a story.” This legacy of letters – a rare thing in this modern day of e-mail and text messaging – has played much upon my mind. I, being the executor of my mother’s estate, feel that a part of them should be shared by friends and family. I am not the writer; my parents were the writers. I am just an unskilled seamstress trying to thread a portion of their words together to make a readable story. I tell the story through the voice of my mother. A brief summary: In 1944, my dad, married for just a year, was stationed in Lakeland, Florida before being deployed overseas. My mother had gone there to be with him, and it was there that they met a very talented couple of artists, the Chancys. Mrs. Chancy was also a well-known writer of children’s books at that time. Because my mother and father were artists, the Chancys took a liking to them and made them an incredible offer. They invited my mother to come (after my dad was deployed) to their farmhouse in Connecticut and stay with them for the summer. They hoped to give my mother some valuable lessons in art and planned to help her enroll in one of the prestigious art schools of New York City that fall. Mother had been looking forward to being at home with her family in Tennessee, but she couldn’t pass up such a marvelous opportunity; so one month later, on June 6th , she found herself on a train heading north to live with a family she hardly knew. On the farm, she faced many new challenges, while my dad was dealing with his own set of problems across the seas. I invite you to step into that world of 1944, and visit those summer days of courage and fear, of mistakes and misunderstandings, of growth and giggles, and of longings and love – all seen through the eyes of my mother, that Gal named Jo. One final note: Because my mother saved everything, we found sket

With steady hands, Jo’s daughter Dee Dee (married thirty-seven years to Danny Hall, a Baptist evangelist) has taken those letters and invites you all to visit those summer days of courage and fear, of mistakes and misunderstandings, of growth and giggles, and of longings and love, all seen through her mother’s eyes, that Gal named Jo.