I Am My Own Cause

An Unfiltered Blog-View of Life As I See It 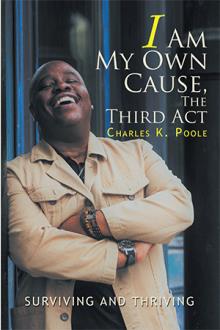 2008 was a year of major change in Charles Poole’s life. In the course of the year he:

• Moved from the Midwest to the West Coast without knowing a soul;
• Faced uncertainty about his professional future;
• Struggled with challenges ranging from body image and emotional eating, to recurring medical issues; and
• Grew increasingly aware that America´s fixation on mindless conformity was devaluing its greatest asset—individual self acceptance.


He looked inward when he decided not to let personal challenges and other turmoil break his spirit. Writing became his coping mechanism and eventually took the form of a blog titled, “I Am My Own Cause”.

For a year beginning in November of 2008, Poole shared his struggles, addressed personal issues, provided opinions about America, popular culture, and faith and courage—virtually anything he thought and felt, without a filter. It was his catharsis.

In the months after he began writing, people he knew, as well as many he didn’t, responded to the messages they found on the blog and told him his posts reached them on very personal levels. They encouraged him to write more. “I Am My Own Cause,” conceived as a way to help Poole find the means to live an abundant, hopeful life, became a rallying point for common sense, honesty and hope that connected people across race, age, sex and faith.

This work is a collection of some of the more thought-provoking, inspiring and humorous posts he wrote during that year. Each entry, written in Poole´s unique voice and based on his belief that every person has the power to change their lives, and the lives of others, is practical and inspirational.

CHARLES K. POOLE has been writing since college but predominantly in a professional capacity as an editor, public relations executive, communications strategist and educator over the past 25 years. Poole has worked with some of America’s largest companies, within local and state government, and for community-based non-profit organizations, as well as a journalist and communication/journalism professor. He is the Chief Strategist for PooleProof Communications, LLC, an Alexandria, Virginia-based public relations and communications consultancy that helps clients reinvent their brands and improve their reputation through authentic communications messaging and anticipatory strategic planning.