Nansi Stories From The Caribbean 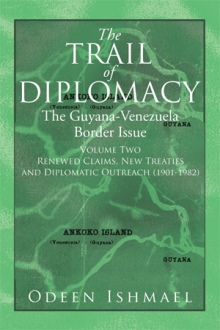 The Trail of Diplomacy
Odeen Ishmael
$23.99 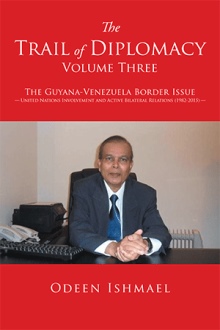 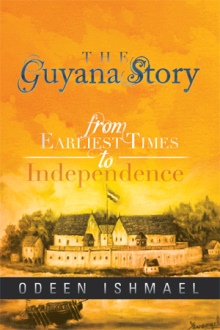 THE TRAIL OF DIPLOMACY
Odeen Ishmael
$23.99

This book comprises a collection of popular folk stories from Guyana and other countries of the Caribbean region. The starring character in all of them is Nansi whose exploits form part of the folklore of these countries. “Nansi”, the starring character in all the stories, is also popularly known as “Anansi”. But in Guyana and some other Caribbean countries, Nansi, the shortened form of this name, is usually preferred. Nansi, who is a spider—but who sometimes takes the qualities or form of a man, or even half-man and half-spider—is originally the chief trickster among the Ashanti and Akan peoples of West Africa. When some of these peoples were forcibly brought to the Caribbean and the American continent as slaves from the sixteenth to the nineteenth centuries, they also brought with them the tales of the exploits of Nansi, who was, and still is, variably regarded as a folk hero, a cunning trickster and also sometimes as a fool. The stories in this book are no different to the ones told in West Africa or other parts of the Caribbean and the south-east United States, even though the plots and the characters involved may vary slightly. They certainly provide tangible evidence that much of the oral traditions of people of African origin in the Americas remain intact, despite the historical trauma caused by centuries of slavery. Nansi is always outwitting the forest creatures, humans, his own family, the community in which he lives, and sometimes even deities. His character assumes various patterns. In some cases he is regarded as wise, but he can be greedy, cunning, gluttonous, stupid and dishonest. Despite these varying characteristics, Nansi is generally admired for the manner in which he outwits others. In Guyana and other countries of the English-speaking Caribbean, particularly in rural areas, the exploits of Nansi are related by older people as a form of entertainment at wakes and other community gatherings. The stories are now no longer exclusive to people of West African ancestry, since people of all ethnic origins in the these countries regard Nansi as their folk hero as well. Interestingly, all stories told at these informal community gatherings are regarded as “Nansi stories” even though Nansi may not be a character in any of them. The tales of Nansi are very imaginative and they are so embedded in the minds of people of Guyana and the Caribbean that sometimes any story that is far-fetched and hard to believe is dismissed as a “Nansi story.”

Dr. Odeen Ishmael, a veteran Guyanese diplomat and widely published author, is currently Guyana’s ambassador to Kuwait and Qatar. He previously served as ambassador to Venezuela (2003–2011) and to the United States of America and the Organization of American States (1993–2003). He has written extensively on Guyanese history, education, and culture and is internationally recognized as a premier analyst and commentator on the political integration movement in South America. In 1997, his country decorated him with the Cacique Crown of Honor for his diplomatic work, and in 2002 in the United States, he was honored with the Martin Luther King Legacy Award for international service.