THE “BOOMERS” ARE COMING 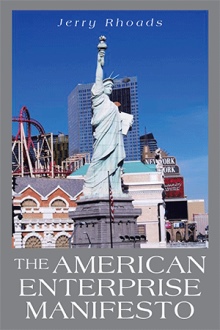 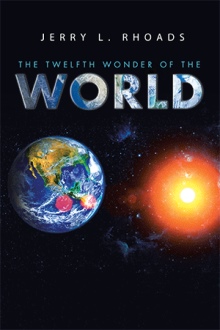 The Twelfth Wonder of the World
Jerry Rhoads
$23.99 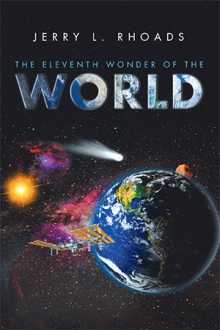 The Eleventh Wonder of the World
Jerry Rhoads
$23.99

The foundation of democracy is the pursuit of the Greater Good.  As a country, we pursue what is good for most of the people, most of the time.  But that is not our approach for the care of our elderly.   Of the 330 million people in America 77 million are baby boomers.  In the next 10 years a staggering majority of them turned 60.  Even though it would be for the Greater Good of America, there are no provisions for taking care of these aging lives.

There are only time bombs:

• Currently, there are 2.3 million falls per year among the elderly in nursing homes.  There will be 80 million per year when the baby boomers come of nursing home age
• On the average, baby boomers will have 4 to 5 chronic illnesses by the time they are 65…that equates to 350 million chronic conditions
• 77 million families will be impacted by the disabilities and chronic conditions imposed on them by aging baby boomers
• 77 million households are not equipped and never will be to handle chronic illnesses and dependent lives
• $77 trillion dollars will be imposed annually on the budgets of State and Federal Governments to care for the aging boomers
• The 46 million uninsured will become 100 million as the baby boomers become retirement age and unemployed
• There are currently 1.7 million nursing home patients in 18,000 nursing homes and 4 million assisted living residents in 23,000 assisted living facilities.  We will need 12 times as many nursing homes and 15 times as many assisted living facilities to handle the 77 million baby boomers in a supportive setting
• 2 million physicians, 2 million nurses, 7,500 hospitals and 750,000 other health professionals cannot handle the needs of 77 million aging baby boomers.  But they do want their share of the health care dollars. Making the radical change from health maintenance to prevention and health preservation would serve the greater good and make more Medicare money available.

On top of these time bombs we have 77 million high expectations.  If we are expecting these 77 million baby boomers to just accept nursing homes and assisted living as they are…think again.  They tend to be dependent on others for their approach to health care and generally are not staying healthy; nor are they schooled on  preserving their health and do not pay more for poor health.  Compounding this, their health care providers are not schooled in detecting cause or in pursuing measurable outcomes.  But they are paid regardless of results

Jerry L. Rhoads, the author has extensive experience in all facets of health care. He was a consultant that helped implement Medicare and Medicaid in hospitals, clinics, nursing homes and long term care campuses. He was licensed as a Nursing Home Administrator in multiple states and has managed urban, suburban and rural health care facilities since 1987. He is a CPA and a graduate of Simpson College, in Iowa. Currently, he and his wife live in Hawthorn Woods, Illinois and sold their two skilled nursing facilities in Iowa and one in Arkansas. He has invented, with the help of his son, software for managing the restorative processes for the elderly so they can be returned to the community.