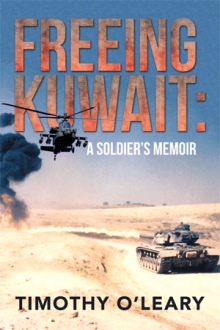 Live the flying adventures of Shawn Crawford and J. Huner King as they go forward and backward in time

to assist famous characters, such as Joseph P. Kennedy, Jr., who is rescued just before his bomber explodes

during World War II.  Join Timothy O'Hara, F-35 Fighter Pilot as he partners with Crawford and King in

overcoming enemy combatants, in the air and on the ground.  Meet the Entity's Children, Christopher and

Colette, given to Shawn and his Wife Christine for the purpose of watching over their earthly parents as one

crisis after another unfolds.  Experience Christopher's ability to bring individuals back to life so that they may

continue their life's journey of realizing the greatness that will serve to benefit all mankind.

Shawn Crawford serves as the Protector of the weak and those in need of saving from life's adversity.  Fly with

him in the ultra-modern fighter aircraft, such as the F-98A Stingray, never before seen by members of the

United States Military, as he takes on King Charles of France during medieval times.  And finally, watch how

next adventurous corner.   Enjoy the Moment!

Timothy James O'Leary, III is a retired U.S. Army Lieutenant Colonel with 27 years of active duty and reserve service to his Country. Tim served a tour of duty in both Vietnam and the First Persian Gulf Wars. He is a graduate of the Defense Language Institute in Monterey, California where he earned a diploma in Italian Language training. Tim is a helicopter pilot with 2,200 hours of flight time in UH-1 and OH-58 aircraft with the United States Army. During Operation Desert Storm, Tim was a medevac pilot with the 217th Medical Battalion. His final tour of duty was Battalion Commander of the 286th Supply and Service Battalion. He has a B.A. degree in Sociology and French, and holds a Master of Education and Educational Specialist degrees in Educational Administration and Supervision from Georgia Southern College. Tim was a Doctor of Education degree candidate at the University of Virginia in Educational Administration and Supervision. He also has one year of Spanish Language training at the University of Southern Maine in Portland. Tim taught foreign language and social studies in the Georgia public school system for three years and was an assistant principal at a secondary education school in Virginia. Tim has run 13 marathons to include the Marine Corps in 1994 and Boston's 100th in 1996. He has been a baseball umpire for over 40 years and has officiated five Cal Ripken World Series. Tim played varsity baseball at Georgia Southern, semi-professional ball in Italy, and did a baseball tour with the European Continental Cavaliers Team in South Africa. Tim has three children and three grandchildren. He and his Wife Lynn reside in Gorham, Maine.