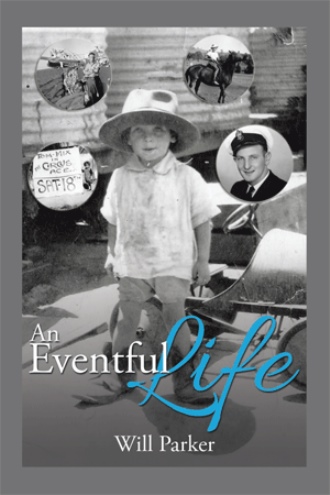 An Eventful Life is a social history describing the life of a boy who maybe never grew up. The story begins in Will Parker’s childhood as he accompanies his mother and father (one of the first travelling picture-show men) through central-western New South Wales, Australia, as they present silent films, films accompanied by vinyl soundtracks, and finally sound films on celluloid. An Eventful Life then follows Will through his teenage years working on sheep and cattle stations and in a city apprenticeship. He joins the Royal Australian Navy, is hospitalized for months with tuberculosis, and undergoes extensive artificial pneumothorax treatments. He then leaves Australia, joins the British Merchant Navy as an engineer, teaches in New Zealand, and finally returns to Sydney, where he marries and has a family. Will completes his high school education and obtains a science degree from the University of New South Wales. He teaches secondary school in Sydney, with a sojourn into management training. He and his wife fully sample small farming and the many facets of animal husbandry before he experiences his wife’s gradual decline from Alzheimer’s/dementia and her hospitalization.

Born in the country in New South Wales, Australia, Will Parker spent his early years travelling the outback of New South Wales with his mother and father, a travelling picture-show man. The family moved to Parramatta, near Sydney, during Will’s late childhood. Parker spent his school and teenage years surfing, playing football, having car and bike adventures, serving an apprenticeship, boxing with title-holder coaches, jumping rattlers, working on a sporting newspaper, and joining the Royal Australian Navy as an electrical petty officer. He was hospitalized with tuberculosis and underwent years of treatment. Later, he sailed to England, hitch-hiked through Europe, and worked in London with De Havilland Aircraft as toolmaker and at Finsbury Pool as an attendant. He joined the British Merchant Navy as an engineer and had experiences at sea and on shore. Later, Will worked as a secondary school teacher in New Zealand and then in Australia. He married, became a father, returned to college to complete his education, and eventually obtained a science degree from the University of New South Wales. Later, he left teaching to work at Unilever as a management trainer from office and training facilities overlooking the Sydney Opera House. He returned to teaching and enjoyed more of the highs and lows of school life and the joys of golfing. In retirement, he travelled extensively until his wife of fifty-plus years was diagnosed with Alzheimer’s disease, and her decline and hospitalization is described. Will, now aged eighty-nine, has also encountered some health problems.