One Religion, One Faith in Christ's Crucifixion and the Prophecy of Mohammed 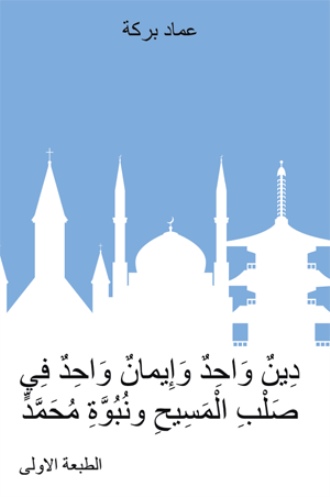 One Religion, One Faith in Christ's Crucifixion and the Prophecy of Mohammed

Explains author Imad Barake's simple theory on Monotheism and religion. In essence God revealed only one religion to entire humanity through his chosen messengers stressing on three basic pillars, Monotheism, The Day of Resurrection (The Last Day) and the Righteous Deed. His first Messenger was Noah and his last was Mohammed, all broadcasting the three pillars of the religion. But as humans evolved and developed over thousands of years, their messages carried specific codes and guidance to suit each era until Jesus Christ, who God sent as a special messenger that had unique power and authority that no other messenger possessed.

Barake also argues, as a Muslim writer, that Jesus was crucified in accordance of the right reading and interpretation of Quran, which is contrary to what Muslims have believed in over the last 1400 years

Barake asserts that the current teachings of Islam, the image of Mohammed as presented by the Hadith (The Sunnah) and the interpretations of Quran, as have been unanimously adopted and broadcasted through Muslim cleric, libraries, TV shows, etc., are mostly outdated, completely misunderstood, wrongly applied, caused the distortion of Mohammed and inevitably become the main source and platform to justify barbaric actions and terrorism acts by the so called Muslim Terrorist Organizations and Extremists.

In the final part of the book, Barake demonstrates that the Bible and Quran or Christianity and Islam share much common ground, both call for same common values and teachings, and where they truly differ are either insignificant or irrelevant, as the purpose of living this life is for people to exercise their freedom in making choices and decisions without coercion.

Imad Barake, was born in Beirut on 1972, is a freelance writer, a public speaker, and a senior manager at a large organization. Married with three kids, he received his professional education in finance and accounting in the United States. Barakes grew up in conservative Muslim family with strong traditions and values. His overseas assignments and exposure to many cultures and religions profoundly changed his perspective and views of Islamic tradition and religion teaching. The so-called Arab spring triggered the curiosity and interest to dive deep into comparative religion in which he developed his own theory of Jesus and Mohammed. Barakes is currently working on his second book, The Islamic State, neither a state nor Islamic.