My Summers in West Africa 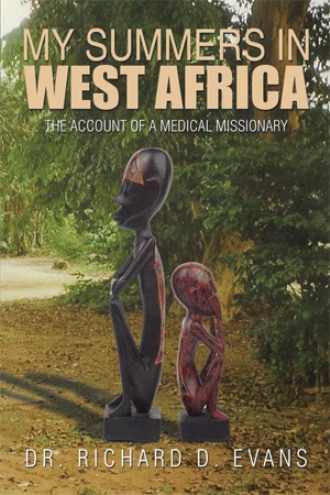 Medical personal since the days of Dr. Livingston in the mid-1880s have traveled to Africa for a number of reasons. First is to satisfy the innate curiosity which tends to infest every member of the medical profession. Two is the natural desire to lend a helping hand to our fellow man. And three would be to expand our knowledge and understanding of infectious diseases and the medicines used to treat them. It is for these reasons that my book will have an expansive market. Any physician who is contemplating an expedition to West Africa must first research and seek advice from those who have gone before him. He will also find it necessary to brush-up on the tropical diseases he will be exposed to and will be expected to treat. My journal summarizes those. Prior to embarking, a physician may well find it necessary to receive some in-services on the unfamiliar surgical procedures which he may be expected to perform. My journal covers those procedures as well. Medicines and essential surgical instruments must be collected and packed ahead of any mission. My journal lists the pharmaceuticals and instruments I found in short supply. To travel into that corner of the world, a physician must also receive the recommended vaccinations and start his/her anti-malarial medication in a timely manner. From publications like mine nurses and physician assistants can get a good idea of what might be expected of them during such a trip. And since the hospital I served is associated with and supplied by a religious organization, this book will help parishioners of any faith better understand how they can best serve their organization’s medical missions. It will also give them encouragement and a better appreciation of the importance of their efforts.