The Redemption of a Muslim American Patriot 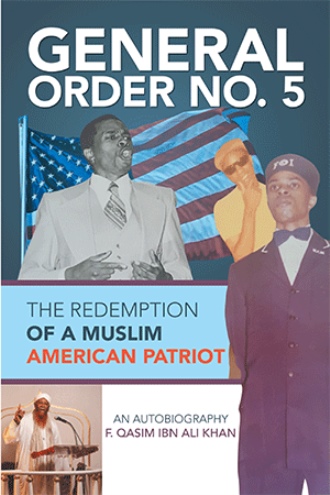 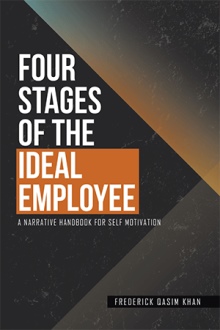 General Order No. 5: The Redemption of a Muslim American Patriot, chronicles my true life story of a boy who grew up into manhood, and various levels of leadership with an ongoing desire to make an impact on world peace. Throughout my life's journey, while experiencing some of my own mistakes, crimes, and deception, I repeatedly sought redemption and the ultimate correction of past improper behaviour. During a carefully noted chain of events that began before my birth, in my quest to address the many ills plaguing America and the world, I would finally discover the true meaning of patriotism, and what must be done to improve the quality of life of the good people of America. The meaning of General Order No. 5 reflects my frame of mind, as I would approach and attempt to tackle one after the other, a task, project, or mission, and see it through to completion . . . or at least until I could be properly relieved.

Frederick Qasim ibn Ali Khan was born Frederick Raleigh Spencer in Sewickley, Pennsylvani,a on May 14, 1949, into a religiously structured family, although quite attached to music and entertainment. His life's journey began with three sects of Christianity, as a Baptist, Methodist, and Jehovah's Witness, all practiced simultaneously, having no dedicated focus to either. In his search for a more regimented spirituality, he came in contact with the Nation of Islam in 1971, and ultimately traveled down that nationalistic road, until embracing mainstream, or what is considered Orthodox Islam, in 1975. He enjoyed assertiveness and activism, assuming many diverse leadership roles, spearheading and often originating numerous religious and civic initiatives, committees, and organizations, as a motivational speaker and professional fundraiser. He has traveled to South Korea, Taiwan, Japan, Thailand, Fiji Islands, Qatar, Kuwait, India, Saudi Arabia, and Canada, additionally with over sixty television episodes on Peace TV, the international Islamic television program. Qasim Khan, as he is most commonly addressed, is the founder, Imam, and Director of Masjid At-Tawhid and At-Tawhid Educational Center of Houston, in Houston, Texas, USA. He has one son, four daughters, twenty-two grandchildren (at last count), and three great-grandchildren. He currently resides in Houston, Texas with his wife Hasaina, to whom he has been married since 1973.