How Long is Exile?

BOOK II Out of the Ruins of Germany 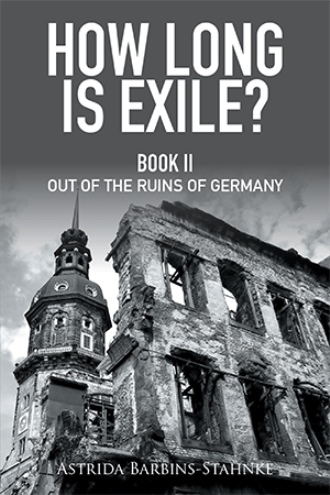 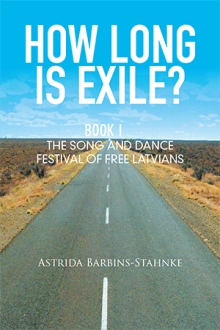 How Long Is Exile?
Astrida Barbins-Stahnke
$18.99 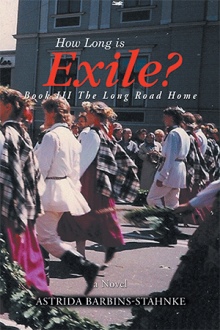 Book II—Out of the Ruins of Germany—is the protagonist’s Milda’s Bērziņš-Arājs flashback of her early teens during and immediately after World War II in war-torn Germany (1944-45). Part One: Milda’s Aunt Alma, as her guardian, is the main character, with whom she at age 13, escaped out of the war-zone in Latvia. During the winter of 1945, both flee westward until they arrive in a small town in Thuringen. There, for food and shelter, Alma serves as a domestic, while Milda goes to school. In May, after the war ends, American troups set up camp in the town, and life changes for private citizens and for all Germany. Soon new borders are set and allied war zones established. Alma and Milda, finding themselves too close to the Russian zone, flee again. Refugees of many nations are settled in displaced persons’ (DP) camps. Part Two: Alma and Milda find their temporary home in an all-Latvian DP in Esslingen, which quickly turns into a mini replica of Latvia’s capital Riga. The cultural mainstays are put in place, and the displaced leaders assume their former posts. Alma resumes her acting career with a side job, while Milda enrolles in the gymnasium and assumes other activities. On Christmas eve, by chance, she meets the escaped POW Pēteris Vanags—the same who captures her sympathy and her heart, as he did years later at the Milwaukee song and dance festival. Driving home from Milwaukee, Milda knows that her life’s journey has taken a new turn, with Vanags holding the reins, but where it will lead and what she will discover is to her as dim as the distant lights of her home town of Grand Rapids. Book III, The Long Road Home concludes the trilogy of How Long is Exile?