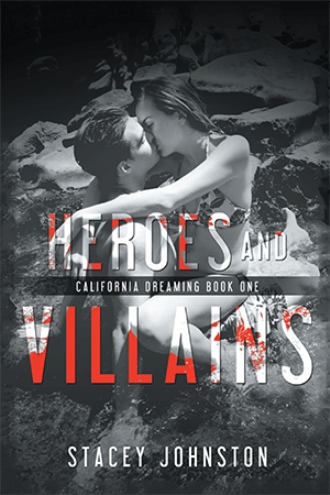 Ben “Dude we need to talk” I release Sophie from my grip and turn to see Luke leaning against the wall. I know what he wants to talk about, but I am not ready to get into it with him yet. “Not now dude can we do this later?” he gives me his `we need to deal with this shit now' look and moves away towards the steps leading off the stage. ”What was that all about? “Asks my girl. “Nothing Soph just guy crap,” I quickly reply. She has been standing next to me watching the interaction between Luke and myself. I cannot tell whether she believes me or not, but she obviously has decided that now is not the time to pursue it. “OK, You'd tell me if something was wrong wouldn't you Ben” she asks me looking unsure of herself and I suddenly feel like a prick. “Of course I would,” I say, turning away from her to head towards those same steps Luke just exited. How did my life just get so complicated? I never expected to have this smart, sexy girl walk into my life. Yet here she is to complicate things more than she will ever know. We round the corner and head away from the gymnasium when I see Luke and Kyle up ahead in what looks like a heated discussion. I have no doubt that Sophie and I are the topic. Jason handed us a schedule on our way out for rehearsal times which I cannot believe we just agreed to be a part of. Shit! He has been chasing us for years and we have always managed to avoid him until now. For just one moment, we have allowed this beautiful girl walking beside me to get under our skin. We have no choice but to stay under the radar, so I do not know how we will get out of this now even if we tried. As we get closer to the others, they finally take notice that we are there and shut up quickly. “OK enough is enough,” Sophie yells at us. “Tell me what's going on” We all turn to see Sophie standing in front of us with her hands on her hips glaring at each of us. “Nothing is going on Soph,” an exasperated Luke tells her “Kyle and I were just agreeing to disagree about something, it happens between friends” Shrugging his shoulders he turns away from her. Kyle, Stephen and I just stand there gobsmacked, watching her. It was hard to tell from her face what she was thinking; I just hoped that she brought it enough to let it go. “You are all full of shit!” she yells at us and then just like that she grabs hold of Sean and their gone.

Two lives entwined in secrets. Secrets that threaten to tear them apart before they even begin. Sophie Valentine was a girl living a privileged life in the tranquility of Solana Beach. At eighteen years of age, Sophie had it all. She wanted for nothing and had great friends and a supportive family. Add to that the fact that her uncles were famous musicians and she had what many considered the perfect life. Perfect, until the day it was ripped out from underneath her. Forced to move to Brooklyn under questionable conditions, Sophie envisioned the worst until she stumbled across four boys on the steps of her new apartment building. She did not intentionally set out to fall for one of those boys, but what started as an innocent affair of the heart quickly became a fight for her life. A fight for survival, she would struggle to win. In a quiet Brooklyn neighborhood, Benjamin Sinclair was a troubled boy, leading a secret life. Four years ago, after witnessing a brutal murder, eighteen-year-old Ben and his friends Luke, Kyle, and Stephen believed their lives would change forever. Or so they thought. When Ben met Sophie on the steps of his apartment building the day she moved in, he never envisioned how chaotic and turbulent his life would become. Thrust into witness protection with a killer on his tail and an uncertain future, Ben has always refused to form attachments. Relationships were a luxury he could not afford. For years, his only solace came from meaningless one-night stands and music. That was until the day Sophie moved in. A battle between the forces of good and evil awaits, one that could leave a devastating effect or be the start of new beginnings. How will it end?

Stacey Johnston resides in one of the southern suburbs of Perth, Western Australia, with her husband, four children, and a lovable Alaskan malamute called Storm. At one time or another, each of us has wished that our lives reflected those of the characters we read in books or watched on our television screens. As a child, Stacey was no different and found she could create stories in her head. Stories where her characters could come alive and she could escape when life around her became difficult. Leaving home at seventeen, she moved from family member to family member, trying to find her place. During those early years, alcohol became her closest friend, and her characters and stories in her head really started to blossom. It wasn’t until she met the man who would become the father to her oldest two children that she started to settle down. For the next twelve years, Stacey dedicated her life to her partner and their two beautiful children. Her stories were continuing to grow, but so was her desire to put them on paper and share them. Tragically, after losing her partner to a heart attack. her grip on reality started to slide, and it was during this time that her characters evolved. During her time of need, Stacey found a soul mate who would later become her husband and give her two more equally beautiful children. With his love, support, and encouragement, Stacey finally found the courage to put her characters and stories onto paper. Stacey’s hope is that other readers love her characters as much as she does. Her wish is that they get caught up in their stories, experiencing their joy and pain just as she has over the years.