The Legend of Lieutenant Thompson 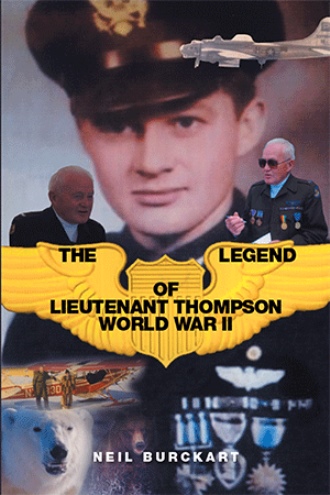 This story is about a young man who joins the army air corp. in 1942. He became a bomber pilot and flew thirty missions over enemy territory, was wounded twice, and received thirteen medals for his exemplary service.

After the war, he moved his young family to Alaska to find work. He worked as a stevedore on the docks.

In his off hours, he started commercial fishing and hunting. Eventually he became a guide. As the years passed, he became one of the very best guides in all of Alaska and has guided thousands of hunters over the years in some of the most inhospitable countries in the whole world. He is one of the charter members of the prestigious Safari Club International.

Lieutenant Thompson’s story goes beyond the imagination, from being attacked by angry bears to surviving more than one bush pilot accident. With more than twenty-five thousand hours of flying in the bush, he escaped a revolution in the Republic of Central Africa, where one of his planes was shot down and one of his pilots was killed. This is his story, where he performs numerous life-and-death rescues, including the Coast Guard. This book is one adventure after another. A must read for those who admire the war heroes and the adventures between man and beast and the great outdoors.

Neil has written several books and short stories but has never tried to publish one until this story,

He was born and raised on a farm in North East Iowa, went to school (first eight grades) in a country school, then went to high school at the little Mississippi river town of McGregor, Iowa.

He joined the navy in 1956. After his time in the service, he went back to Iowa, but the winters were way too cold, after spending his years in the South Pacific and California.

He moved to California in 1961. His primary occupation was construction, which took him too many different parts of the country.

He met Denny Thompson on a hunting trip to Alaska in 1984, where a friendship was established and has flourished to this day.

After several more hunting and fishing trips, where Neil had the opportunity to listen to endless stories about the war and hundreds of hunting stories, it became his burning desire and ambition to make sure this story was told and recorded in book form so it could live on long after Lieutenant Thompson is gone.