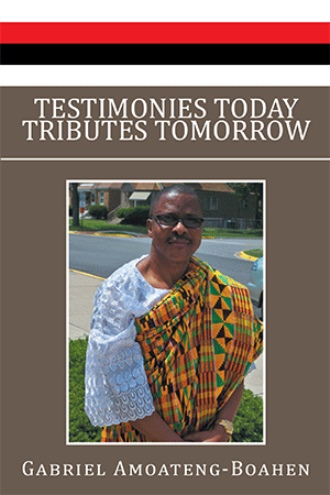 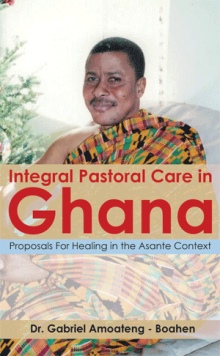 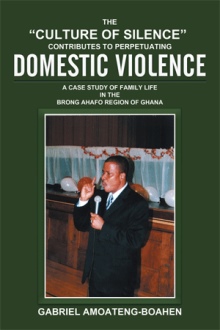 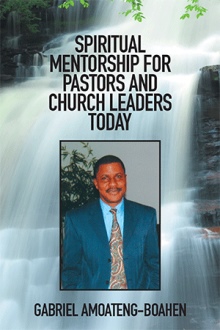 When all three, culture, theology, and spirituality, work harmoniously in the life of the believer, a balance—physical, emotional, and spirituality stability—is the outcome. Peace and joy within oneself, self-confidence, respect, and love for God and humans lead to satisfaction, and hopeful, faithful (faith in God) life will eventually lead to a powerful soul-impacting life and glorious testimony, which is easily seen, read, written by others (biography) or self-written (autobiography). The individual must hear the testimony today, but not as a tribute at death.

Dr. Gabriel Amoateng-Boahen was born to the Late Opanin Peter Kofi Amoateng (went to be with the Lord in February 1978) and the Late Maame Veronica Yaa Afrah (transitioned to Glory on March 19, 2013, thirty-five years after the death of my father) of Kintampo, Brong Ahafo, Ghana. He started school at the age of seven at the Bodom Presbyterian School and Effia Methodist Primary (near Effiakuma-Takoradi, the Port City). Gabriel returned to Kintampo in 1962 to continue his education at the Baffoe Local Authority and Middle Schools at Kintampo, where he was the Junior Prefect and Senior Prefect respectively (1962-1967; Gabriel’s class was the first batch for the new school). In 1967, Gabriel passed the Common Entrance Examination and gained admission to the Obuasi Secondary Technical School (1967–1972). From 1972 to 1974, Gabriel successfully completed his Post-Secondary Teacher Training College at Berekum, Brong Ahafo, and was posted to Ahafo Kenyasi II Catholic Primary School. A few weeks later, he was transferred to Ahafo Hwidiem Catholic Primary School, where Gabriel taught from 1974-1984 (part of divine plan unfolding –Jer.29:11). Gabriel studied privately and passed the Advanced Level Examination and gained admission to pursue his undergraduate studies at the University of Science and Technology (now Kwame Nkrumah University of Science and Technology-KNUST) in Kumasi-Ghana from 1984 to 1987 and obtained his Bachelor of Arts in Social Sciences (final thesis “Comparative Study of Traditional and Church Marriages in the Brong Ahafo Region: A Case Study of the Hwidiem Traditional Area,” UST, Kumasi-Ghana, 1987). From 1987 to 1989, Gabriel did the mandatory national service at the newly established Community Improvement Unit (CIU) at the Konongo District Office. Gabriel had a “desert experience” from 1990-1991 as he discerned God’s plan for his life and also volunteered at the “infant” Maranatha Clinic (now Maranatha Hospital at Kwadaso/Asuoyeboa-Kumasi). Gabriel was the Diocesan Development Coordinator for the Sunyani Catholic Diocese in 1991 and later became the headmaster for the St. Louis Junior Secondary School at Mbrom-Kumasi from 1992-1994. On May 6, 1995, he became the first-ever headmaster and co-founder of the Maranatha International School (now Maranatha Young Apostles) at Daban Panin-Kumasi. This school was established on sound Christian principles with the motto ”Holistic Child Development” to demonstrate the harmonious interplay among hand, head, and heart (hand/body/physical, head/mind/soul/, and heart/the spirit of the human person- 1 Thess.5:23). Prov.9:10 and Prov. 22:6 were our key biblical verses, and both staff and students lived by the precepts of God’s Word. Gabriel arrived in New York on May 31, 2001, to pursue Clinical Pastoral Education (CPE) at the Hospital of Saint Raphael in New Haven, Connecticut, USA, to be trained as a Chaplain, and thereafter proceeded to the Catholic Theological Union (CTU) in Chicago, Illinois, USA, for the Master of Arts in Pastoral Studies (MAPS) from 2002-2004 and the Ecumenical Doctor of Ministry degree from 2004-2007. Gabriel is a Certified Professional Chaplain (Retired) at the University of Chicago Medical Center and also the President and Founder of the Royal Diadem Pastoral Center in Chicago and Kumasi-Ghana. Gabriel had a personal encounter and relationship with the Lord Jesus Christ on June 6, 1972, and ever since that time, has remained resolute and uncompromising with his Christian faith and has great passion for soul-winning. Gabriel has varied ministerial experiences. He was a member of the Scripture Union, Ghana (especially in the Ahafo and Sunyani areas), from 1974-1984; and he was the church secretary for the Holy Spirit Catholic Church at Ahafo Hwidiem. During that same period, he was the founder and first-ever secretary for Ahafo Hwidiem Christian Fellowship and was also actively involved in the Council of Churches. Gabriel was the secretary of the first-ever Ghana Catholic School of Evangelization organized by the Germany and Malta teams and hosted by the Metropolitan Archdiocese of Kumasi-Ghana in 1992. At the Catholic Charismatic Renewal front, Gabriel was a founding member of Mission 2000 (established on November 3, 1991), a Catholic Charismatic Renewal Prayer Group with focus on evangelizing Catholic adults and professionals. He is the current coordinator of the Charismatic Renwal at Our Lady of Sorrows Basilica at 3121 W. Jackson Boulevard in Chicago, and also a member of the Ghanaian Catholic Charismatic Renewal –North America (G-CCR-NA) Leadership Coordinating Team (LCT) (appointed director for missions in June 2013 at the first-ever National Biennial Convention in Virginia). Gabriel is a founding member of the Ghanaian Catholic Community of Chicago and also the founder and coordinator of the Prayer Conference for the Catholic Community as well as the Christian Leaders for Tomorrow (CL4T) Prayer Conference- youth focused with Daniel 11:32b as its theme verse: “ They that know their God shall be strong and do exploits.” He is the “marriage counselor” for the local Catholic Community of Chicago and also for some Ghanaians in Chicago. Gabriel is the Chaplain for the Brong Ahafo Association of Chicago and the keynote speaker at the Council of Brong Ahafo Associations of North America (COBAANA) in 2011; and he is also the Ombudsman for COBAANA. Gabriel has strong ecumenical inclination and is deeply involved in the activities of the Council of Ghanaian Churches in Chicago, where he is the current Vice president. Gabriel takes a lot inspiration from evangelist Dr. Billy Graham. He is Gabriel’s “spiritual mentor” and has twice attended the Billy Graham Schools of Evangelism in Cincinnati, Ohio (2002), and Kansas City, Missouri (2004). Gabriel was at the Haggai Institute in Singapore in 2000 for the Advanced Leadership Training for Christian Leaders from Developing Countries. He is a member of these professional associations: National Association of Catholic Chaplains (NACC), Association of Professional Chaplains (APC), Spiritual Direction International (SDI) and others. Gabriel was the representative for the University of Chicago Medical Center at the Kenwood-Hyde Park Interfaith Council (2010 - to May 31, 2015). On March 27, 1977, Gabriel and Mrs. Agatha Amoateng-Boahen were joined together in holy matrimony at the Holy Spirit Catholic Church at Ahafo Hwidiem. They now live peacefully and happily with their eight children: Mrs. Veronica Amoateng Antwi; Rev. Sampson Amoateng; Rev. Mark Amoateng, MD; Rev. Daniel Amoateng; Rev. Brian Amoateng; Christabel Jessica Amoateng; Davina Amoateng; and Gabriel Amoateng Badu Jr.