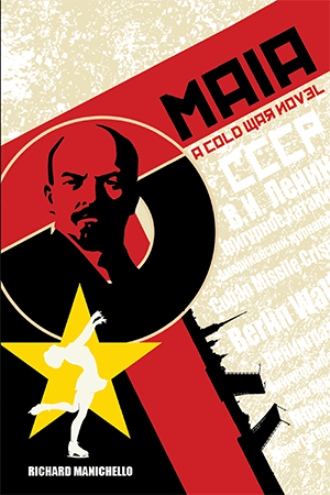 She was electrifying. She possessed astonishing charisma, charm, character, and poise. People would scream, and men withered in the heat of her unspeakable sex appeal as if she were some torrid female rock star. Eager fans threw flowers and gifts to her when she skated. They went absolutely ballistic.

Nearly two decades later, she still creates frenzy. She's an international icon now, a planetary celebrity, playing Caesars Palace in Las Vegas, and like Cher and Madonna and Sting or Celine, she needs only one name, Maia, on the world's star roster. One in the audience tonight at Caesars tells Maia's story in more detail. He knows the story of her subjugation in the Soviet Sports Gulag, her suffering and callous abuse by KGB watchdogs, and her triumphant rise to fame as a wealthy American superstar. In the time of the Cold War, he and Maia chanced to dream of a shining life in the free world together. She got the life. He was left with the dream.

In fall of 1983, Soviet fighter jets have just shot down a commercial 747 carrying 269 passengers and crew over the Sea of Japan. Everyone has perished. KAL 007 is suddenly another international incident, and the US and the USSR are at it again.

Eddie Genell, a young sportswriter for Athlete, one of the top monthly magazines in the world, flies into the tense atmosphere of Cold War brinksmanship to get a feature story on the Soviet Union's first female-singles figure skater with a shot at an Olympic medal in the Winter Games. Maia Larisa Ulyanova is a phenom. The incredibly stunning young skater has captured the hearts of three hundred million Russians and holds the Soviet Union's first chance to make Olympic history. World press attention has been riveted also by her extraordinary beauty and drop-dead sex appeal.

Author Richard Manichello is by no means a neophyte to the creative. His twenty-five-year career in the arts spans the gamut from being an actor and a director in the theater to an Emmy Award–winning television writer and producer and a novelist. Richard has written short drama (some produced) and short fiction (some published). His first short story, “I Sell Clouds,” won first prize in a Midwest literary competition. He’s written a short story collection entitled Aerial Views. His debut novel, The Couloir, is a story of renewal and rise from the scars of addiction set in Verbier, Switzerland, with a huge international cast. Manichello writes the classic European novel, at once literary and entertaining. In off-off Broadway productions, he directed at Ten-Ten Players, Synchronicity Space, Drama Project, T. Schreiber Studio, and the 2007 International Fringe Festival in New York. He directed for Terry Schreiber for several years and in Westchester County at the Herbert Mark Newman Theatre, the Schoolhouse, the Depot in Garrison, Brewster Theatre Co., Pound Ridge Theatre Company, Storm King Theatre, and Axial Theater in Pleasantville. In 2010, he shot the feature City of Gold for Bartek Rainski Films of Warsaw, filmed Radio Hate for Grissom Films, played a PI in Undercover Intern for Cinic Films, and was a conductor in the rehearsal for the Philadelphia Opera & Theatre Company. In 2011, he shot Pisces of an Unconscious Mind with the director Gleb Osatinski (selected in ten film festivals) and Breeze across the Green for Brantley Jones Films and played a cosmonaut in The House at the Edge of the Galaxy, a short film that has been featured in over two dozens of film festivals worldwide. In 2013, he directed Red, John Logan’s Tony-winner, in Dobbs Ferry. He’s a graduate of Temple University and a member of the Directors Guild since 1982.