The Sword of Lore 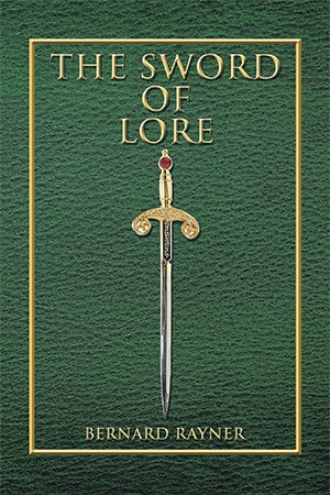 Erol put the sword in its scabbard and sauntered off towards the little stream. He was only about half way there when the sun vanished and looking up saw Broona descending near him. “Hi Broona” beamed Erol “I was just going to the stream to practice breaking rocks with my sword.” Broona made a rumbling sound and said “It seems you are mastering the arts of magic very quickly Erol, I have been ordered to fly you up to the mountains south of here so you can try out another elf order” Erol quickly mounted Broona’s back and giving Broona a friendly smack on the neck said “okay my wonderful friend lets go.” They rose up into the air and Broona said “Now” The next instant they were gliding towards a huge mountain with other smaller mountains surrounding it. Broona flew around the mountain twice and then said “Erol, the word you must say to your sword is a powerful command and will only be used once, the word is ‘oblitarotus’ do you understand?” Erol said he did and drew his sword. Broona then said “Point the sword at the large mountain Erol and in a loud voice say the word.” “Carleon said I was to speak softly Broona” said Erol “Not this time my friend you are about to destroy and enemy” said Broona. Erol shrugged and pointing the sword at the mountain said loudly ‘oblitarotus’ the glowing of the sword nearly blinded Erol but then the mountain literally vanished in a huge cloud of smoke and dust, the noise was tremendous and then the blast hit them a few seconds later nearly throwing Erol off Broona’s back even though Broona had withdrawn a few miles from the mountain. “I did that?” shouted Erol, he was trembling violently and staring at the sword that had stopped glowing brightly and was pulsing with a dull glow. “You most certainly did my friend and now we are ready” gloated Broona. Erol asked Broona to land as he needed to relieve himself. “I nearly wet my pants when that mountain exploded” he said “am I a monster for doing that?” Broona put his nose close to Erols chest and said affectionately “Not at all Erol, what has to be done can only be done by you and you will be held a hero to all, if you succeed” “If I succeed? You mean there is a chance I won’t” Erol didn’t feel happy about that but then he Had to run behind a tree. Returning to Broona said “What can prevent me Broona, this sword can do anything I ask it.” Broona closed his eyes and then said “Erol the job you must undertake is on your world and the place that needs to be destroyed is protected by very strong arcane wards that could kill you if you are not ready to protect yourself.” “I see” said Erol “then if I fail what will happen” “Your world will be doomed and its destruction will effect our world and we will also suffer a slow decline into oblivion” said Broona sadly. Then Erol strode up to Broona with his head held high and said “Then we must not fail Broona and I will ask Carleon if you will be allowed to use magic also on my world.” Broona raised his huge head and blew a fireball high into the air and bugled a long blast .”Come my little brave knight, we must return and let all know we are ready.”

The world young Erol lives in has an evil force that is being manipulated by a magician. Erol has been chosen by another magician with extremely good intentions to combat this evil force. He is given a sword moulded from a special piece of asteroid and infused with magical powers. Erol, with his friends the elves and dragons, must face this adversary and its armies. He alone can destroy the evil magician and thus prevent the destruction of his world and other worlds within his galaxy. Should he fail, it will be a catastrophe.

Bernard Alan Rayner was born in Kent, England, in 1938. He migrated to Australia in 1948 and lived in Queensland, Australia. He served in the Royal Australian Navy, served in Royal Australian Army. He worked as a computer engineer until his health failed. He receives an Australian Veterans Affairs pension. This is his first a novel.