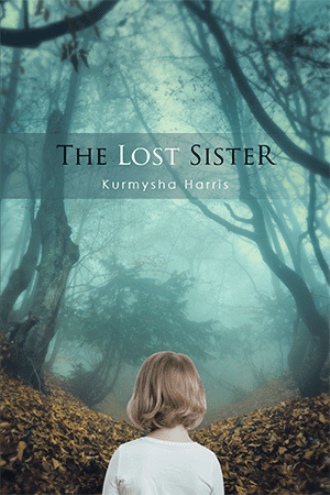 The streets were completely empty. The smokestacks ran dry, signs were flipped and not a cart or buggy could be seen. Women did not crowd on street corners to digest the daily gossip with girly laughter, and men did not tip their hats to one another, tapping their canes merrily down the walk. There was absolutely nothing. Iain kept on walking besides his better judgement and defied the chills that ran beneath his skin. The air was heavy and dense as fog moved in, coiling around his body. It swirled away in his wake in an untraceable path. Then the fog thinned to mist, and soon Iain found himself in a barn. That dreaded barn. He felt a weight in his hand. Gripping the thing he refused to see what it was, for he already knew… The same nameless man appeared before him, swaggering jauntily through the barn doors. “Take a shot at me,” he mocked, pointing at his chest. A malicious smile curled his lips and contorted his sinister features. Iain spun around and looked away, still seeing the man in his view. He jumped back in surprise. “Scared or something?” He turned away again, and was met with the same fate. “Shoot me! Shoot me! I’m already dead!” They all began laughing; sick bellows, twisted chuckles and haunting snickers. “No,” Iain whimpered to himself. He pressed his hands to his ears. The cold metal of the barrel touched his temple. He couldn’t rid himself of the thing. “No, no, no…” The barn began to spin, its bright red wall liquefying as they began to drip off, and became the dark crimson of blood. The chorus of laughter turned into a warfront where the rapport of the gun was all he heard, firing again and again. It rang in his ears and made his head spin. The ground gave way beneath his feet, and he was falling, Down, Down, Down… A gush of air filled his lungs as he gasped, and his eyes sprang open, pupils dilating in the dim light. The terrible images soon flooded out of his mind, and he felt a moment of relief. He saw his own arms outstretched to the ceiling as if he was reaching for something. Bandages wrapped his forearms in certain places and around a few fingers as well. He turned his hands over and looked at them. Confusion creased his brow. Where was he?

London 1865 The Walker siblings have experienced the tragic loss of both their parents, and Iain was given custody of his younger sister, Aibeline. The two try to move on with their daily lives but always find themselves butting heads. Tensions between them get so bad that, in fact, they have a fight. Aibeline goes out that night to seek comfort from their lovely elderly neighbour but doesn’t know what to expect in the back alleys of their home. Follow Iain as he traverses the English countryside in search of his lost sister.

Kurmysha Harris is an aspiring young author with a great passion for writing that started at an early age. She was born on the island state of Dominica and soon after moved to the neighbouring island of Saint Lucia to continue her education. It was there that her knack for writing took root, and she has been writing ever since. The author also enjoys reading a great lot, learning languages simply for the fun of it, and travelling whenever and to wherever she can, to learn more about world cultures and to garner new perspectives and ideas.