A Chinese Accusation Against All of the World 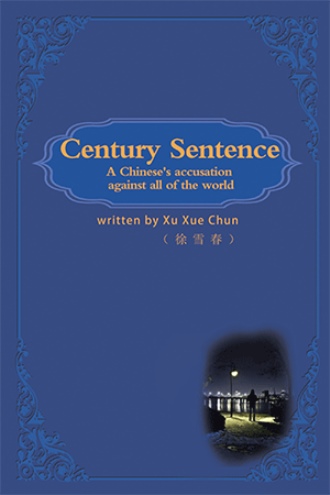 Procrustes When I was still a little child, I read an ancient Greece myth about the Procrustes. He had two beds, and whenever he encountered a pedestrian, he would catch them and put them on his bed. He would cut the excess part of their body when it was a tall people so as to make them fit his bed; and for those short people, he would put them on the longer bed and use equipment to extend their body so as to make them fit his bed. As a result, all those people caught by him were tortured to death. I have been impressed by the story. Although it is a fairy tale happens in the spiritual world and seems to be ridiculous, I feel that there are also many Procrustess in real life. However, they are dressed in human skin, and most people cannot see it. I think those Islam extremists are typical of the Procrustess. According to the Bible, Islam extremists are now a cult seriously misguided by some “false prophets” who are already possessed and need to be exterminated. Why they are called cult? It is because they are dehumanized, distorting and twisting human nature. It can be said that those suppression, distortion and devoid of human nature is a temporary means of savage society in order to survive. However, it is a civilized society now. If they still use those means of Procrustes to treat believers and intimidate people in God’s name, it is the cult. Both lust and greed is human nature, which is also created by God. Whether you like it or not, they are all things created by God. We should respect those God-created things for God must have his reasons to create them, and the hatred and hostility towards those God-created things is the disrespect and contempt for God. Lust and greed are the source of human vitality just like the power of car engines. In addition to power, a car also needs brake, gear shift and direction control. Only by the perfect combination of these, there is a good car and the society can run efficiently and soundly. To limit lust and greed within a certain range and fully mobilize them for flexibility is good and also the intention of God to create everything. However, the Muslim cultists curb, intimidate and kill people’s lust and greed as the opposite of human nature. Therefore, they are cult like the Procrustes and the false prophets misleading the public. And they are also the Devil’s minions and his disciples needing to be corrected. If they cannot be corrected, they must be exterminated. 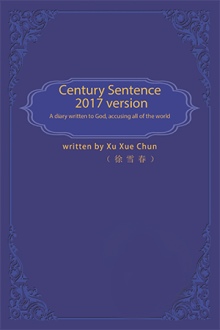 This book consists of three parts: 1. The commentary on China The commentary on China proceeds from the analysis of the Chinese political phenomena on the basis of the creation of human consciousness, subconscious, culture, and the origin of Chinese culture in order to provide opinions on China’s reform from the perspective of an ordinary worker and to try to change the political environment in China with the strength of a netizen. Though most of my remarks had been deleted for being too extreme, yet in my point of view, my remarks posted on the Internet did make a difference on public opinion, thus affecting the political direction of China. 2. The commentary on Islam Chinese government has long been harboring Islam, with whom I had imprisoned my anger. However, I was pushed over the edge when I heard the news that terrorists of ISIS ornamented poles with human heads. I decided to crush Islam on my own as an ordinary netizen. Islam is not as horrible as what you have imagined, but it will be easily crushed and swept like a piece of trash as long as proper methods and theories are adopted. 3. The commentary on Western and other countries Western countries are respected for a reason—its advancement—yet there are certain irreparable deficiencies, and they are revealing themselves. Something terrible might happen if these deficiencies are not properly handled.

The author of this book, Xu Xue Chun, is an ordinary worker in Mainland China. He was born in Xinjiang, and used to live in Xinjiang, Beijing, and Shanghai. He has a college degree and works in Shanghai, as most ordinary workers do. He used to be cemetery salesman, food salesman, office equipment salesman, office equipment maintenance worker, telephone bar boss, apprentice, copy shop boss, advertisement giver, insurance salesman, insurance company sales department manager, and P2P financial adviser. Because of poverty, he owed the telephone operator nine hundred yuan and was arrested by the police, put into the jail, and a group of rogues almost beat him to death. He swore to God that, someday, he would accuse this world. Outside of work, he is a senior Internet commentator, which is also called a cynic-er. He has voiced thousands of articles in the Internet since 2004, most of which had been deleted by the Internet manager due to one reason or another. Although his articles were deleted because of their inappropriate things, he still thinks that his articles influence the political layout and development of China and the world. He does his duties as an ordinary person. Now the author organizes and published some of his articles and translates it into English to publish to the world. You may think of him as you do, but the author believes that only God and history can judge him correctly. He hopes that his readers can use their conscience to judge him. But different stakeholders have different views, no matter how you judge him, the author will not mind. He hopes he can use his articles and books to wash out humans’ dirty souls to eliminate the hypocrisy, fraud, evils, and devils around the human world.