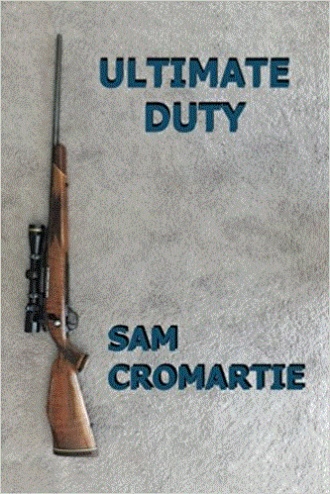 Jack lay in the cool sand and watched the house two hundred yards away. The moon had set over the horizon hours ago, and the overcast sky cloaked Baghdad Province in darkness. His legs felt numb, and his muscles threatened to cramp, but he avoided any movement other than wiggling his toes within his boots.

He lifted his rifle to his shoulder and peered through the scope. Nothing moved, not even the air, which was as still as the mist over a pond in the early morning back in North Carolina.

His partner Sid, lying a foot away, spoke for the first time since they had taken their positions. “What the fuck are you doing?”

His friend had been on edge since the problem with his parachute. Sid had hit the ground hard, sprained his ankle, and destroyed the scope on his rifle. It had been a bad beginning for their first assignment. Jack whispered his answer. “Looking.”

“You don’t need the damn scope to look.” Sid raised his night view binoculars and scanned the area himself.

Jack wondered what was annoying Sid. He assumed it was because someone was going to die.

An hour passed before Sid spoke again. “Julie couldn’t believe you were doing this.”

Jack could not believe what he was hearing. Their orders had been clear. Tell no one about this assignment, and that included Sid’s wife. “You told her?”

“She’s cool.” He moved his muscular frame to a more comfortable position on the hard sand. “You know what’s funny?” There was nothing even remotely humorous about his tone. “She didn’t give a fuck that I was going, but she hit the roof when I said you were coming with me. Why do you think that is?”

“Beats me.” Jack could barely discern Sid’s face in the darkness, but his friend’s features seemed to draw tight. He chose to ignore them and looked back at the horizon, trying to refocus on their mission. Discussing Julie when their lives depended upon total concentration was not a good idea.

Neither spoke for two hours as the darkness gave way to dim light. An occasional car passed on the distant highway, but this neighborhood was a picture of serenity. That was about to change.

A light appeared in the house. Sid looked at his watch. “Five forty-five. Won’t be long now.”

A uniformed driver stepped from the front seat while a tall, stocky man carrying an AK47 exited the back door. The bodyguard looked in every direction. He turned until he faced the two snipers.

Jack held his breath, afraid even to blink. His nose itched. The ache in his back demanded that he shift position. A muscle in his thigh twitched. The man stood with his hand over his eyes as if to block the morning sun that had not yet crested over the horizon.

After a full minute, he walked around the car and continued to the house. The front door opened just as he reached the stoop.

Sid nodded toward the house and whispered, “Get ready.”

Jack said nothing, but he secured the stock of his rifle against his shoulder and sighted through the scope. His hands were steady, and his breathing, easy. Nothing betrayed the fact that this would be his first kill. The moment for which he had trained had arrived.  He had honed a skill that few men possessed. It was an awesome responsibility. In his hands was the power that should have been reserved for God Almighty. His chance had come to save many lives by taking one. The ultimate duty rested on his shoulders.

The crosshairs centered on the figure that appeared in the doorway. Barrel chest, tall, almost bald, thick black mustache. There is no doubt. This is our man. It’s time to make the world a better place. He tightened his index finger.

A dark-haired woman stepped into view with a small boy holding her hand. She smiled and said something that made the man laugh.

“What are you waiting for?” Sid’s voice was way too loud. “It’s a clean shot.”

The woman wrapped her arms around her husband and kissed him. He returned her hug, tousled the boy’s hair, and then walked toward the car.

The crosshairs returned to the center of the target’s chest, but Jack’s hands were no longer steady. The woman and the boy walked beside the man. She wrapped her arm around his waist. Jack took a deep breath. He tried to keep his sight on the mark, but the dynamics had changed. The quarry had proven to be a living, breathing, human being with a wife who loved him and a young son whose world revolved around him. To make matters worse, it was now moving, and the innocent people beside it made the assignment difficult at two hundred yards. What if I hit the woman? What about the boy?

His finger froze on the trigger. This was not a paper bull’s eye. His orders were clear. He just could not do it. All his training and all his skill proved to be useless. He lifted his eye from the sight. “I can’t.”

Thoracic surgeon Jack Connor rushes to the emergency room in Fairfax County, Virginia, for a former army buddy, Sid McCloud, who has been shot in the chest. Jack takes him to surgery and saves his life, but someone tries again to kill Sid the next morning. Sid tells Jack about a terrorist plot to assassinate the president. Soon the terrorists succeed in killing Sid, and they frame Jack for the murder. Jack must hide from the police, the FBI, and the terrorists as he tries to clear his name and to save the president. Only Sid’s ex-wife, who was once a close friend, believes Jack. She helps him to hide and to search for the killers.