by Harry A. Milman 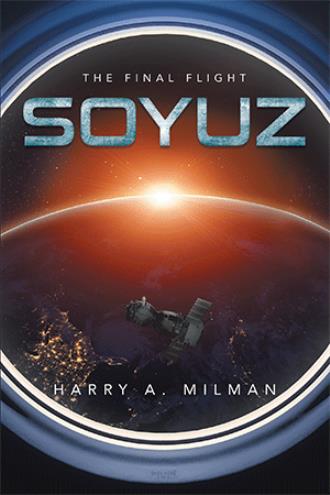 “Hello Soyuz.” Piercing the quietness of the cabin, Kopachenko sounded unusually cheery. “Please confirm that the flight is progressing as planned.” The on board measurement system monitoring the health of the various instruments was fully automated. When functioning normally, it didn’t require any input from the crew. Responding with an American expression she had picked up on her last visit to the United States, Orloff said “Everything is A-Okay.” On hearing her, Johnson and Smiley looked at each other in disbelief. Seeing the quizzical expression on their faces, Orloff set them straight. “What?” She asked. “You heard me.” They didn’t dare quibble. “Oh, Oh! is doing it again,” Smiley said, snickering. Desperately trying to avoid laughing, Johnson grimaced instead, now that his stomach aches were becoming more pronounced. Sitting at the Mission Control Center in Houston, Crenshaw didn’t want to be left out of the conversation. “What is the status of the SUBK?” He asked. An acronym for Sistema Upravieniya Bortovym Kompleksom or Onboard Complex Control System, it was imperative that the system worked properly. Keen to please, Smiley responded enthusiastically, “All’s well and functioning correctly, sir.” Unless unforeseen circumstances required Orloff to take over manual control of the spacecraft, the Soyuz flew on automatic pilot. The crew simply monitored the gauges, ensuring that the spacecraft was on course for docking at the International Space Station. Aboard the Soyuz were several experiments designed to study telemetry, Earth’s gravitational pull and weather. Also on board was a science experiment that was submitted by high school students from Wisconsin using two thousand carpenter ants as human surrogates to test the effect of space travel on the ability to do work. That the insects might escape their closed environment was something about which the Soyuz commander was very concerned. It was almost midnight when they would be asked to take their first scheduled sleep. Aware of the time, Orloff proposed, “Why don’t we take some of the readings for those aging experiments before we turn in?” Trying his best to contain his discomfort, Johnson was having little success. The bacteria were rapidly multiplying and producing carbon dioxide gas, making him very uncomfortable. “Alright, let’s do it,” he said halfheartedly. “We’ll do the balance test first,” Orloff said. The test measured an astronaut’s ability to stand and walk heel-to-toe with arms folded. Conducted with eyes open and then closed, Johnson’s scores were slightly higher than his preflight scores, but the increments were within the expected range of physiological variation. Motioning that he should join her in the back of the module, Orloff next took Johnson’s vital signs. With the stethoscope inserted in her ears, she listened for a heart murmur, but didn’t hear any. “Blood pressure is 132 over 84. Slightly elevated, but still in the normal range for your age,” she said. Although not a physician, Orloff had sufficient training to qualify as a medical technician. “Your pulse at ninety five beats per minute is definitely above the baseline of sixty at prelaunch, and your temperature,” taking the thermometer out of Johnson’s mouth, “is 100.1, a slight increase above normal.” Consulting the medical chart and comparing Johnson’s vital signs again, Orloff wondered whether anything unusual was happening with his health. “How are you feeling, Derek? Is everything alright?” Although his eyes were bloodshot, that was to be expected. After all, it was nearly midnight. “Yeah,” he replied. “I’m fine. A little hot in here, that’s all. That’s probably why my temperature is up a bit. Really, I’m fine.” Noticing the doubtful expression on Orloff’s face, he added, “Alright, so my stomach is a bit queasy, but it’s nothing. Must be something I ate before launch. I will be alright. You’ll see.” But she wasn’t convinced. “Really,” he said as he looked at Smiley for reassurance. “There is nothing wrong with me.” “Hmm, we’ll see about that. You look flushed. Are you a little anxious? That could be the reason why your heart rate is elevated. Do you think you can continue? Are you still up to the task?” “Sure thing! Don’t let my age fool you. I am as fit as an ox.” Like a great ape, he pounded on his chest, but it only made him cough from the extra pressure. “Why don’t we take a short break and continue the measurements in half an hour?” Orloff said. “Good idea. I need to go to the loo anyway.” “Loo?” Orloff was unfamiliar with the expression. “Sorry, that’s an English word for bathroom,” Johnson said. “Ah, I see. You are teaching me a new American word,” she said, taking her place by the instrument panel. “No, no. It isn’t an American word. It’s an English word. It is used by the English, you know, the Brits,” Johnson said. Not sure how he could explain it any better, he added, “people from Great Britain, from England.” “Oh, those English. You mean from the mother country.” “Ha! Ha! Ha! I see you have a sense of humor, Oh, Oh!” With his discomfort nearly overtaking him, Johnson rushed to the toilet. Once there, he attached the solid waste collection bag to the vacuum chamber and sat on the commode. A fan at the back of the commode suctioned the solid waste into the bag. When he finished, he sealed the bag and noticed blood in his stools. It wasn’t a good sign. Feeling nauseous, his need to vomit was uncontrollable and his loud retching was heard inside the main cabin. On exiting the toilet, he saw Orloff communicating with the Mission Control Center. “Kasakhstan, u nas yest’ problemy,” she informed Kopachenko in Russian. Then, for Crenshaw’s benefit, “Houston, we have a problem.” These words were last heard on April 13, 1970 when an oxygen tank exploded on Apollo 13 derailing the mission that nearly cost the lives of the three astronauts on board the spacecraft. Crenshaw was surprised to hear them again. 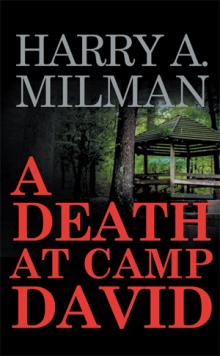 When a disgruntled astronaut decides to get revenge, all hell breaks
loose! By the time the fi nal fl ight of the Russian space capsule, Soyuz,
docks at the International Space Station, Derek Johnson—the oldest
astronaut to fl y in space—is sick with a severe case of food poisoning
that does not respond to antibiotics, and he soon dies. Recruited to
assist NASA’s medical team, Dr. Bob Kramer, a forensic toxicologist and
expert witness, concludes that the cause of Johnson’s death is a mutated
form of bacteria that is not normally found in nature. In SOYUZ: Th e
Final Flight—a captivating, page-turning, science fi ction thriller—
space exploration, mental illness, and forensic toxicology collide at
the intersection of good and evil as Kramer unravels the source of a
mysterious incident and suspicious deaths aboard the space station.
Th e book is a Finalist for Best Science Fiction Novel in the 2018 Book
Talk Radio Club Awards and for Best Second Novel in the 2018 Next
Generation Indie Book Awards.

HARRY A. MILMAN is a PhD toxicologist and expert
witness and president of ToxNetwork.com. His wildly
successful political thriller, A Death at Camp David, was
enthusiastically praised by nonscientists and scientists alike
for incorporating forensic toxicology into a captivating and
suspenseful plot with a big surprise ending. As an expert
witness, Dr. Milman assisted in over 250 civil, criminal,
and high-profi le cases involving drug overdoses, pharmacy
errors, toxic chemicals, carcinogens, and assaults. Before
becoming an expert witness, Dr. Milman was a research
scientist at the US National Cancer Institute, NIH, and a senior toxicologist at
the US Environmental Protection Agency. His scientifi c publications include
over seventy articles and fi ve books including the highly acclaimed Handbook
of Carcinogen Testing. He resides in the Maryland suburbs of Washington DC.