The Spinster and the Madman 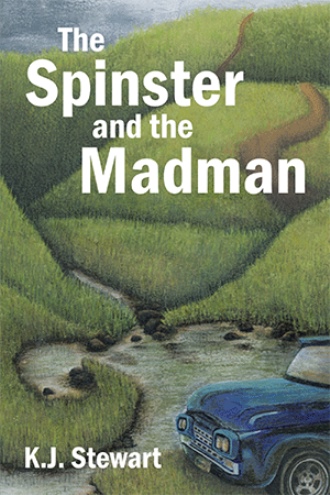 I froze, paralysed by Tommy's words. Bodies in the orchard; girls' bodies. The image of Anthea's bloody face, skin covered in welts and cuts flashed before me. I groaned, the truth poking my consciousness. My hand covered my mouth to stop from screaming. I lowered my head to shield myself from sight. Tommy's voice reached through my panic. "We have to call someone. The police," he rushed, moving his head from side to side. "Daryl, did you hear me?" he yelled. "D... dead girls in your orchard. We need to..." His words trailed off, and I dared a peek. Father was standing where he'd been, as if he hadn't moved an inch. At first I didn't notice his hand until Tommy backed away from him. When I looked closer, I saw the iron poker he kept as a weapon against intruders near the front door. His expression was deadly. Murderous intent transformed him into a predator, sizing up his prey. "Daryl, no," Tommy pleaded, eyes wide with shock and recognition. Fear and panic played across his face. He raised a hand between he and father. His feet carried him backwards, movements slow, the air heavy and resistant to his passage. Father swung the poker from his side, holding it clenched in his right hand. He took a step towards Tommy, his brow dark as thunder, deadpan expression in his eyes. I wanted to move, to stop him, to help my friend. But, as before, fear reduced me to a cowering and useless thing. Father raised the poker above his head. Tommy turned, screaming over his shoulder, "Run, Sylvia." He disappeared through the doorway to the kitchen, Daryl at his heels. For a second I sat, terror clawing at my sanity. But, when I heard a yell, followed by a loud crash, I jumped to my feet and scuttled up the stairs. I tripped, regaining my balance at the top landing. Adrenalin coursed through me, propelling me along the hallway into my bedroom. I slammed the door and hurried to my hiding place. Huddled in the corner of my closet, I used the hanging clothes as a shield. I sucked in deep breaths, trying to silence the thumping pulse in my ear drums. I imagined Tommy on the kitchen floor, his skull caved in, father standing over him with blood dripping from the poker. It terrified me the ease in which the image came, as if this wasn't the first time I'd pictured him a killer. Footsteps hurried along the hallway towards the bedroom. When the door opened with a whoosh of air, I clasped both hands over my mouth to stifle my cry. I shrank against the closet wall, willing myself to disappear. The timber slatted door pulled open with a shudder. Hot liquid ran through my shorts as I lost control of my bladder. I screamed. When Tommy's face came into focus, I stopped. Blood flowed from a cut behind his ear, his skull otherwise intact. He reached a hand towards me. "I gotcha. You can come out now," he said, voice breathless after his struggle with Daryl. I reached out a hand, relief and shame flooding me. Relief my friend lived; that he'd saved me. Shame as the acrid smell of urine reached my nostrils, hot stickiness covering my inner thighs. My fingers brushed his. His eyes widened, mouth forming a circle, blood trickling from the corners of his lips. My hand raced to my mouth as the trickle became a crimson fountain. His eyes locked on mine, questioning, pleading. Then they emptied, erased by death's arrival. His body lurched forward, head striking the back wall. It was then I saw the poker protruding from his back, his shirt stained dark red. My mind became numb. Then Daryl's face appeared to float in the open doorway. His eyes drilled into the body at his feet, lips curling to show a flash of teeth. It was as if the corpse didn't belong to the boy he'd known as a child, someone he'd worked side-by-side with for years. I gasped, and he turned to fix his stare on me. I shrivelled beneath it, terror pinning me to the spot. For a moment, our eyes met and held, his as lifeless as Tommy's. Then he left, his footsteps retreating along the hallway. Not long afterwards, the front door closed and silence squatted over the house, a hulking thing. He'd left me alone with my friend's corpse, sightless eyes accusing me. I wailed and don't remember stopping. That's how they found me the next day, tucked into the fetal position in the corner of my wardrobe. I lay in my own waste, staring into the face of the dead boy. I didn't open my mouth for three days. When I did, it was to scream. 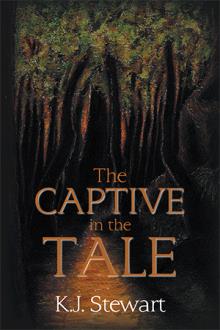 Probationary Constable, Gina Palumbo, is looking forward to an impromptu visit to The Blue Mountains, west of Sydney. Arranged by her girlfriend, Tara, it’s a chance for her to unwind before reporting for her first day of duty. Her plans are thrown into chaos after a strange and unsettling encounter with their friends’ neighbour. The elderly lady introduces herself as Sylvia, only child of Daryl Jacob Thompson, notorious murderer who tortured and killed eight women in the 1970s, burying them in his orchard in rural Victoria. Gina soon finds herself enmeshed in the story of Sylvia’s horrific past, until she begins to question the potential impact of such violence and terror on a person’s psyche. As Sylvia’s tale races toward its deadly conclusion, Gina must draw on all her internal resources to discover the truth before it is too late.

Combining a love of escapism and a desire to examine her own fears and darkness, K.J. Stewart writes fast-paced fiction exploring the areas of grey that lay between the good and evil inherent in the human psyche. A nomad, from necessity rather than by nature, she now calls The Blue Mountains home where she resides with her family. She is currently finishing a new work of fiction due out soon.