In the Greater Weight of Evidence 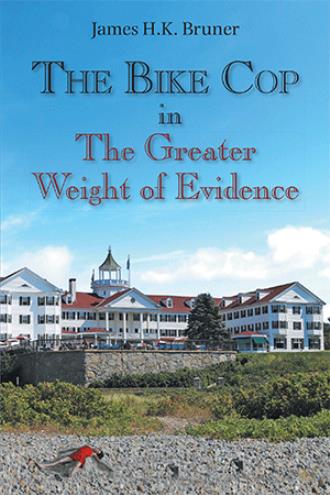 Port Talbot is a tourist trap in the “summah” located on the southern coast of Maine. The wealth and pedigree of the summer folk is legendary with their cottages on the rocky bluffs. The population quadruples from June to September. The traffic snarls around the cedar-shingled shops in the port, bringing things to a standstill. Enter the college-aged bicycle policeman. In the summer of ’77, the chief of police has chosen David “Digger” Davenport, the son of one of the richest summer families who winter in Lake Placid, New York. Digger’s history of solving crime starts in chapter one in a flashback to when he was eleven years old and when he went fishing alone and hooked the partially decomposed body of the chef of the Brigantine Hotel. From this experience, as he matures, he develops a penchant for solving crime and enrolls in courses and trainings in college that prepare him for the calamity that lies ahead in his summer job as Port Talbot’s bike cop. For Digger, the summer of ’77 starts as it should in this quaint seaside village: tons of college kids working in the resort hotels who are looking for love in all the right places. He meets “the Virginians” on the first day of his beat in Dock Square. They cause a traffic jam in their yellow VW bug convertible. The Virginians are gorgeous coeds escaping the heat and heartbreak at home in Richmond. The townies say the winter in Port Talbot is “wicked cold” and deadly. Unfortunately, the summer now, too, turns deadly and just as plain wicked. Annie, one of the Virginians, who is a waitress at the biggest and best hotel, the Brigantine, is found dead on the beach by hotel guests. Quickly a suspect is arrested: a black bellhop from Florida. Port Talbot is thrown into turmoil on multiple levels: north versus south, white versus black, summer folk versus townies, and the lobstah mobstahs versus the candidates for sheriff and district attorney. One kid . . . . on a bike . . . with a badge . . . unravels the open and shut case against the bellhop. Digger reveals new evidence against great odds of a much more sinister perpetrator who is well-connected and sadistic and who will do anything to keep the evidence from being found. Introducing Port Talbot’s Bike Cop in the Greater Wait of Evidence.

James is an attorney admitted in Maine, Massachusetts, New York, and Florida who weaves his experiences from the legal battles in these jurisdictions into his stories. He enjoys combining the “legalese” with his experiences growing up in the summers in Kennebunkport, Maine and raising six children with his wife, Gretchen. “There is no shortage of material when you have a large family that lives in two different places every year.” James practices law out of his Tallahassee office and writes novels from his camp in the Port. He hopes that The Bike Cop series will be enjoyed by both young and old.