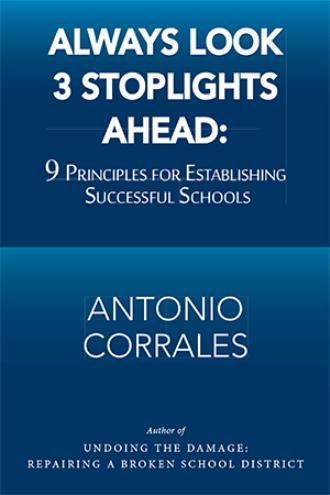 Looking Back It was a beautiful morning in sunny Los Angeles. Gustav woke up early, grabbed a cup of coffee, and, as he sat in his rocking chair overlooking the beach, reflected on his convoluted life. He had always been a sensitive person with an artistic core that assisted him in perceiving a variety of things others could not. It was common for Gustav to think about the struggles other people experienced, especially those of highly successful individuals, and how such unfortunate events allowed each to become a better person. In many cases, unexpected realities can put people in positions to fulfill their dreams. On many occasions, people tend to see only the final product of those individuals who succeed in pursuing their dreams. But the reality is that behind their level of success there are many pitfalls, flaws, mistakes, and disappointments endured along the way. Many forget that George Washington lost several battles and was held in doubt prior to winning the Revolutionary War against Great Britain. Jesus was betrayed by Judas, denied three times by Peter, and abandoned by many of those who praised him. Moses sacrificed a wealthy life for his beliefs, Mandela spent almost 40 years in jail, and Gandhi endured long hunger strikes. At a certain point in their lives, all those individuals had to reinvent themselves - even resurrect! - and deal with their pain and fears. They had to make a brave decision to follow their dreams and follow their destined path regardless of the circumstances. This was Gustav's own reality. After losing his parents, Gustav found he had to re-create himself with an entirely new life - new home, new career, and new friends. Ever since he was a small boy, Gustav wanted to be a full-time writer and have autonomy over his time. For the first time in his life, he could feel his dreams coming true. He was so thankful, too, for those who'd believed in him and supported his dreams. Being conscious of this whole reality made him overwhelmingly happy and thankful. When expressing those sentiments to his wife, Emily, she would tell him, “Gustav, things happen for a reason and at the right time. You just needed to gain experience,” she said, “to mature professionally and personally in order for it to happen. You needed to work hard at different jobs and experience the growing process in your own skin in order to make it happen. Your work ethic brought you to where you are, and now you can share your knowledge with others.” Gustav's story portrays the remarkable journey of an immigrant from Hungary who, after facing the death of his parents along with a terrible economic depression in Europe, migrates to America looking for a better life. Gustav's adventure was guided by nine research-based educational leadership principles learned from all the mentors and experiences he encountered along the way. His story is marked by love, struggles, learning curves, dreams, leaps of faith, an incredible desire to become an effective educator, and most importantly it remarks on a certain pathway … one of always looking three stoplights ahead. Leaving Home Behind The snow was consuming Gustav's agony. The willingness to continue moving forward was disappearing in front of him like a ghost. There were not going to be any more goodbyes; no more trials and tribulations, no more excuses. This nostalgic feeling was killing any desire for Gustav to conquer anything else. He was leaving his entire life behind … everything familiar to him. Europe was experiencing the greatest economic depression in the modern area. No matter how many degrees one had or the number of one's abilities, there were simply not enough jobs to go around. That snowy afternoon was as if the city of Budapest was grasping the environment with goodbyes. Saying goodbye was becoming common among those looking for a better life, searching for the American Dream. Even though Gustav had a big family, he had lost his parents a couple of years ago. Gustav was an only child and fortunate enough to receive a $100,000 life insurance policy compensation from his parents' death. He had been surviving on that money for the past few months and it was running out fast. The reality was another Hungarian was leaving the country full of memories and sadness. The sound of the train was echoing his thoughts, hypnotizing him and capturing this very moment forever. Gustav was also seeing his life potentially resurrect during that trip. He was trying to concentrate on the hope of finding a new life. Today Alexandra, his girlfriend and the love of his life, was just another one of those beautiful memories. Thoughts of her covered his loneliness like a coat. As a tear started to fall, Gustav realized goulash would never taste the same. Those moments together would be buried in time, together with false promises about a potential comeback. Lost also would be her tenderness, and their fights, and the reconciliations. Alexandra will probably die one day far away from me, he mused, and our eyes will dance together no more. That is our reality. 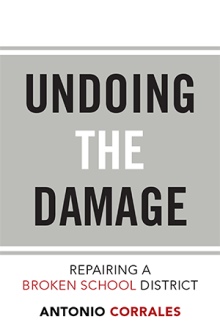 Always Look 3 Stoplights Ahead: 9 Principles for Establishing Successful Schools portrays the remarkable journey of an immigrant from Hungary who, after facing the death of his parents, along with a terrible economic depression in Europe, migrates to America, seeking a better life. Gustav’s journey is guided by nine research-based educational leadership principles learned from both his mentors and his experiences on the path. This man’s story is marked by love, struggles, learning curves, dreams, leaps of faith, an incredible desire to become an effective educator, and most importantly, the motto to always look three stoplights ahead.

DR. ANTONIO CORRALES is a university professor in Educational Leadership. He has several years of experience in providing managerial leadership and administrative support to various departments in a variety of school districts and organizations, serving in executive and administrative positions at the district and campus level, as well as management of multimillion-dollar projects for multinational companies. In addition, Dr. Corrales owns a successful consulting company, Sterling Evaluation & Assessment, which focuses on program evaluation and school turnaround. Besides publishing articles on at-risk student populations and school turnaround, Dr. Corrales has also authored the book Undoing the Damage: Repairing a Broken School District, portraying the struggles of public education in the United States by detailing the story of a small urban public school district facing closure by the state's Department of Education. Most recently, Dr. Corrales created the YouTube channel Let's Talk about Education with Antonio Corrales, a weekly conversational platform that hosts successful educators from around the world speaking on highly pertinent topics for parents, students, and educators. Dr. Corrales earned a bachelor's degree in civil engineering from the Universidad Metropolitana, in Venezuela, and his MBA from Reutlingen University of Technology & Business, in Germany. Following Dr. Corrales' move to the U.S., he earned his master's and doctoral degrees in Educational Leadership.