HOW TO BECOME AN ANGEL FOR TURTLES

This is a Real-Life Story 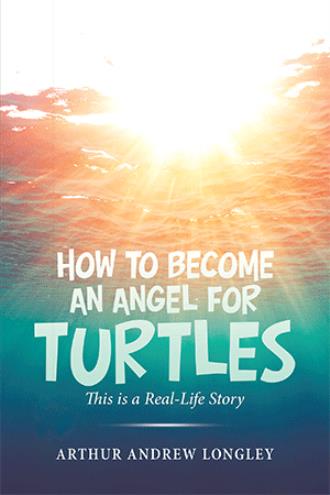 This book is exciting, and it shows the New Age generation exactly what is going on in our realm today. It shows us how to combat the things that are just tearing us down in our daily lives without us even really noticing it. This book will show you how to persevere—not with miraculous signs and wonders, but with down-to-earth methods that are backed by age-old concepts, like the Constitution and the reason our preachers only preach the gospel. It reveals newly discovered secrets, well-defined and plainly written. To the end that it allows God and his Christ to be with us more than ever before. We’ve all got a little weak spot in us that we’ve got to work on within ourselves, because it’s written. Our role wouldn’t be as the rulers of this world. When people say they’re not going to heaven. Try this: “I’m not ready to go to heaven yet.” We have a lot that we may lose, but one thing we won’t lose is our hope. I’m not trying to block anything that’s in existence. I’m trying to provide a means to a better end result so that people can find their way into a more productive faith. By showing forth things right, like these, you could wind up being a real angel. This one girl told me that I don’t really believe in anything. When I was young, I went to church because my parents made me. I couldn’t understand the preacher because he spoke Polish, and I could never understand the Bible. I told her I couldn’t understand my preacher either. But I read the story in the Bible about the man who died on the cross, and it made me want to help him. People who don’t do the gospel, they’re saying “I don’t have to” or “I don’t want to.” What they’re falling into is spiritual death. That’s a faith that’s not living or growing. When talking to them sometimes, you see they’re on cloud nine, not in reality, doing everything and nothing. What this reminds me of is the prodigal son spending all his money on whores. He wasn’t doing the gospel and saving his treasure up in heaven where his heart ought to be. I don’t see what all the contention is about? If they’re saved into life eternal, it’s going to be by those who do the gospel of our Lord, Jesus Christ, slain from the foundation of the world. You know there is only one right way to do it. So get yourself a bag that grows not old and let’s see how you do out there. Have mercy on the poor. Temper your faith. Carry on. Doing the gospel shows the Bible is to be mainly used for defense of the children of the cross. People are thinking that the poor or homeless people aren’t Christ-like. But because that sort of suffering is a cross, it makes them Christ-like. That’s also what the church shows. How the preachers don’t accuse any but defend by saying you are forgiven by the Godhead. It says in the Bible God adds glory to the parts that have none. That’s what he’s doing by defending the poor—basically saying they’re loved. When anybody says anything, and I have to reply, I give respect to him who has the right: Jesus. Know that being human is the first quality of being Christ-like. But also, for the animals, they are living breathing beings. If that’s not Christ-like, I don’t know what is. Following these guides, you will be tempering yourself into right actions. What does being self-righteous have to do with love? Guiding people to what’s right in a loving way gives you soul. It builds your soul to be of love. That’s not self-righteous; it’s not parental. It’s loving. Those demons and devils have been practicing their evil for like 150 million years. If you don’t think you’re going to have to study and do works accordingly to beat them, you’re wrong. The thing that makes mass assembly generate low prices and large volume is simplicity. When I see everybody just sitting around and complicating everything, I know exactly what’s going on.