One Lucky Bastard: A Memoir 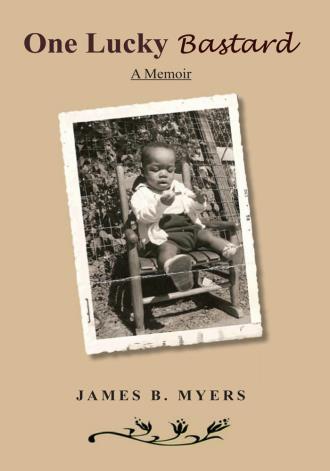 After being separated for thirty-seven years, I was reunited with my biological mother on Mother's Day, 1995. At that very moment, I knew I had to pen such a life-changing miracle and so decided on a memoir. In reality, the project proved to be much more of a challenge than I had ever anticipated. Then I remembered reading a quote that put my writing challenges in perspective. "You own everything that happens to you, tell your stories, if people wanted you to write warmly about them, they should have behaved better," myself included.

I was born a bastard, left by my mother in the hospital following my birth and adopted two years later. My parents provided me with love and all of the material necessities, but it wasn't enough to protect me from the enlightened age of puberty, where a pivotal moment of self-discovery was made. While my male peers lusted after girls, I secretly lusted after my male peers. My fear of being discovered caused me to lasso the first girl that looked in my direction. We forged an eight year relationship based on a core of deception. Eventually, the truth emerged like it always does and the facade of our perfect relationship came to a swift end.

Little did I know, but that was just the beginning of my tumultuous journey. Along my not so yellow brick road, I had to bear witness to the death of my soul mate as he became a victim of the AIDS´ slaughters. Next, came the murder my Godchild's mother by her husband, my best friend at the time. The spiral of tragedies continued when my father was admitted to a Veteran´s hospital for a routine operation and ended up bleeding to death on the hospital floor. The shock of his death was too much for my mother to bear, who had already hinted that Alzheimer's disease was beginning to ravage her mind. The one thing that kept me afloat amidst so much uncertainty and darkness was an abiding faith. I always felt that ultimately, I was never abandoned by God, my source or whatever a person refers to as a power greater than them.

One Lucky Bastard, A Memoir, will be an inspiration to anyone who has been adopted, or who has given a child up for adoption by choice or force. People, who have been impacted by the Alzheimer's epidemic, will be able to relate to this story. Lastly, it is a must read for gays or lesbians who have struggled to find and live their lives with authenticity.

James B. Myers is a native of South Carolina and makes his writing debut with One Lucky Bastard, A Memoir. “Imagine, being adopted by two wonderful and loving people and then having the good fortune of finding your biological thirty-seven years later. I had no choice; I had to write about it.” It became a journey back to the past, a brutally honest narrative that has resulted in a deeply personal and moving story. James B. Myers lives in Los Angeles California.