Black Is Beautiful Lift Up Your Head 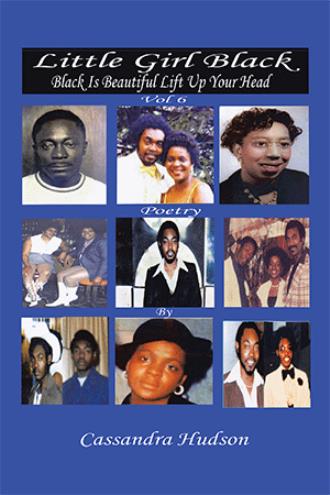 Cassandra Jefferson Hudson was born in April 1960 and raised party on the near north side of Chicago, Illinois. Cassandra was raised by her mother, Jo Alberta Jones Jefferson, along with her ten sisters and brothers, Cassandra is the third oldest of eleven children. Cassandra is a writer and author, of seven books. The first book is Liquid Dreams, no longer available, published in 2004, Cassandra is also an inspiring songwriter, jingle writer, and has written seven children books some time ago that she will someday submit for publishing. Cassandra attended George Manièrre Elementary. Cassandra and her siblings also joined karate classes, at the Olivet. It is where their parents lined them all up to get a vaccination. They also had skating, dancing, Halloween parties, The Olivet also had a medical clinic and also has a tutoring service. In 1974, Cassandra’s family move back to Chicago, Illinois, and lived on the south side of Chicago, on South Marquette Street. Cassandra and sister Kitty, attended Parker Jr. High to finish eighth grade, where she left off from, Westview Jr. high in Kankakee, Illinois, our new school were right behind apartment where we now live. When her family moved back, Cassandra was already pregnant, with her first child and soon had to drop out of school for the safety of her baby, there were not schools to send a Pregnant, young mother. In 1975, at the age of fifteen, she had her first child. There still were no schools for young mothers, so Cassandra could not continue getting her education. She grew up in a single-parent home. Someone had to take care of her baby, and her younger siblings. So Cassandra, cooked, cleaned, combed multiple heads, and ran baths, then bed to get up for school the next morning. She was running her mother’s entire household, at the age of fourteen, so her mother could work to put a roof over their heads and food on their plates. She didn’t ask Cassandra. She volunteered. Cassandra soon became a full-time big sister and part-time mother. She met her boyfriend then, and husband now, Thaddeus in 1975. They soon had two more girls in 1976 and 1978. Thaddeus and Cassandra married in 1981. Cassandra attended Kennedy King Community College, majoring in business, tailoring, and public speaking. Soon after, Cassandra attended Kayson Modeling School on Ninety-Fifth Street, Chicago, Illinois. Cassandra and Rochelle Lerma are the founders of the Bad Girls Social Club, Chicago, Illinois, when Bad, was good! our motto was, Bad girls, with a sophisticated attitude, Our rivals, the Bad Girls Russian Roulettes, what’s up Bad Girls, writing is something Cassandra feels that she must do even if she only write, for herself.