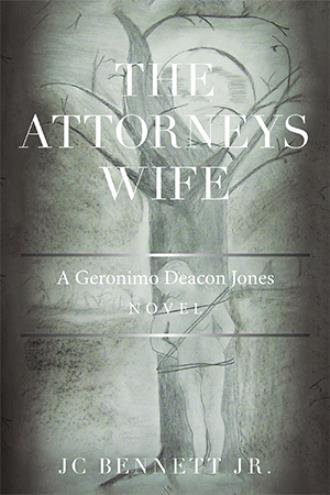 It was well past midnight when he drunk himself to sleep. Detective Geronimo Deacon Jones (Deacon for short) was awakened by what he thought was the pounding in his head. Reaching for the aspirins that he kept handy, he noticed the clock said “4:43,” and he assumed it was AM. He realized that the pounding wasn’t only in his head, but also on the door. Struggling to stand, he made his way to the door with the assistance of anything that did not move, anything he could put his hands on to help balance himself. Screaming, he yelled “I am coming damn it. Keep your pants on,” He knew who it was before he even peeked through the peephole, and just as he had thought, it was his partner, Samantha Rollins (everyone called her Sam). She was a very good detective, twenty-nine years old, a beautiful female, smart as a whip, and she knew it. When he opened the door, her first words were, “I could have shot your eye out through that peephole.” He responded by saying, “Please do and put me out of my misery.” “You wish,” she said, “but I will not let you get off that easy.” She pushed her way inside, practically knocking him down. She went straight to the coffeepot. Frowning, she said, “Go take a shower and try to wash the booze stink off you while I make us some coffee. You and I both need caffeine. “Come join me,” Deacon said. Sam’s patented answer was always the same, “Your heart couldn’t take ten seconds with me, so you are going to be washing your own back, and you may never get any help the way you smell.” Trying to laugh through the pain, he staggered toward the shower.

From the first victim, a longtime friend of hers, she knew she needed other victims. It is the first time she felt alive. It became a need, a desire that she couldn’t let go. It also excited her husband as well. Helping her with his power, each killing made her want more. She kept them, loved them, and killed them. They were unnoticed until Detective Geronimo Deacon Jones came into the picture. He needed to find them as much as they needed to kill.

Being an avid reader, the author always loved well-written books, so he decided to write one himself. For years, he couldn’t get started. Waking up in the middle of the night he the character Geronimo Deacon Jones. After retiring, he had the time, and then the words began to flow. He is and can now call himself a published author. He is looking forward to writing many more.