Shackled by Adversity, Sustained by Grace

The Mysterious Coping Ability of the Human Mind 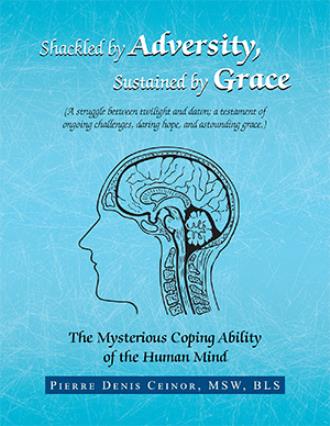 This book speaks to the daily realities of anyone –regardless of race, color, origin, culture, belief, social strata, and gender- anyone who dares call him/herself “human”. The thoughtprovoking question here is, what does one do when the nightfall lingers with no daybreak in sight; when stubborn affl iction becomes his/her fl anking companion, day in and day out? I truly believe in the redemptive and mystical power of suff ering. It is, in essence, that inner agony, which has not only inspired this book, but also personifi ed the invisible and excruciating pain, by giving it a face which can be seen and touched, a voice which can be heard, and an emotion which can be felt. Exposure to trials of all kinds, which one endures with steadfast courage, produces, at the end, resiliency and strong character. Walsh (2006) stated “Resiliency can be defi ned as the capacity to rebound from adversity strengthened and more resourceful. It is an active process of endurance, self-righting, and growth in response to crisis and challenge”. Resilient people demonstrate an uncommon ability to manage positively common life’s daily transactions. They exhibit exemplary courage and determination when confronted with traumatic events such as death, divorce, life-threatening illness, disaster, social injustice, racism and discrimination, etc. One’s belief plays a crucial role in the manner, which he/she approaches life’s stressful demands, daily responsibilities, and ongoing challenges.

Born in Fort-Liberté, Haiti, Pierre Denis, best known as “Denis” Ceinor, is the eigth child of a family of nine from the union of Louise Floraine, born Israel, and Damoclès Ceinor. He received his elementary education at the Eben-Etzer Baptist School of Fort- Liberté, a private, congregant school, with special focus on moral principles, religious and patriotic values. As a result, Denis has become, early in life, a young man with passion and love for God, for civic duties, and social justice. He has, from the very beginning, demonstrated traits of a gifted student by his ability to master early teaching concepts presented to him by his teachers. Consequently, he has distinguished himself from his peers, and has earned the admiration of his teachers and fellow classmates.