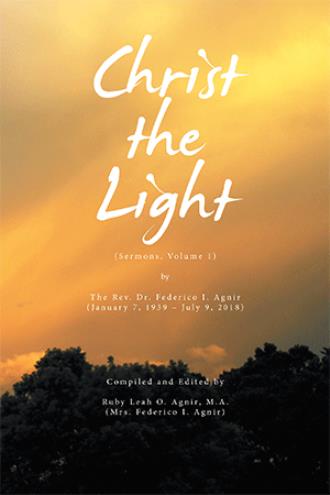 The Rev. Dr. Federico I. Agnir was born in Claveria, Cagayan in the Philippines. Claveria had neither hospital nor public maternity facility in 1938, and his mother suffered tremendously at childbirth, because he was a breech baby. Feeling that both her life and her baby’s were in danger, Cristina called on God in desperation, and promised that if the child would be born safely, she would dedicate him to His service. Federico was born safely on January 7, 1939. After getting his baccalaureate degree in 1959 from the University of the Philippines, majoring in history and speech, Agnir decided to fulfill his mother’s vow to God. He earned his Master of Divinity degree, magna cum laude, in 1968 from the Divinity School in Silliman University. He served his student pastor internship as assistant chaplain at the University of the Philippines Protestant Chapel in 1967. This was the same church where he and his wife Ruby were married in 1961. After completing internship, he was offered assistant pastorship at the Chapel (which had since been renamed Church of the Risen Lord), serving as a full-time pastor of the Church. On June 21, 1971, he was ordained as a minister in the United Church of Christ in the Philippines. Financially helped by a teaching assistantship from Syracuse University in New York, he obtained his Master of Arts degree in speech communication and began work on a doctoral program. The dangerous political situation in the Philippines not allowing him to go back, Agnir decided to find positions in the United States that used his training. Ruby and their three children were able to join him and, after a few years, the family became American citizens. In 1974, he became a professor of Greenfield Community College in Greenfield, Massachusetts. He and his family dug their roots in Franklin County where the College was, and lived there for more than 30 years. In May, 1990, he graduated with a Doctorate Degree in Education from the University of Massachusetts in Amherst. He wrote an autobiography, When God Calls, which has become a best-seller. During all this time, Agnir tackled part-time ministry on top of his full-time job at GCC. Dr. Agnir succumbed to pancreatic cancer on July 9, 2018. He was 79 years old. COMPILER’S BIOGRAPHY Ruby L. Agnir majored in English, speech, and theater arts from the University of the Philippines and holds a Master’s degree in English literature, with a minor in guidance and counseling from Silliman University. Her professional career includes being a faculty member in the Departments of English and Speech and Drama of the University of the Philippines, as well as in the Departments of English and Speech and Theater Arts of Silliman University. She has authored 4 published books: Prisms, a collection of her original poetry; Fairy Gifts, a set of original plays from various countries, especially written for Youth Theater; In Our Music, God, a set of essays on talents, encouraging readers to “return their gifts” to God, the Giver; and upward beyond the brim, essays focusing on her personal take on various subjects, such as spirituality and relationships; a fifth book, a quasi-autobiography, is in the works. She was married to Dr. Agnir for 57 years. They have 3 children and 7 grandchildren.