The Woman Behind the Glass 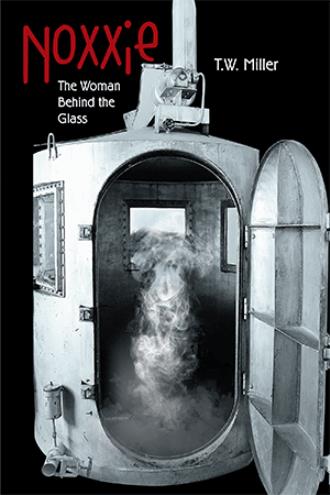 The Glass doors of the elevator closed with a distinct whooshing sound. I thought to myself that must mean the elevator is air tight for some reason. Ray pushed the only button on the elevator and we began our decent. At first nothing past by the see through doors except concrete. It was about a minute until the space opened up, or at least it felt that long. That’s when I saw the truth of this place. I shivered and started breathing rapidly. I felt my heart sink as if I had just been dropped from a ten story building. I had to know. "Ray, who is she?" Ray didn't even look at me. He had a cocky smirk again like he thought it was funny how confused and terrified I was, but he still gave me the answer I was looking for. "Tim, that's Noxxie. Don't call it that in front of the certain people though. They don't like it. They feel like naming it could possibly humanize it and make people feel bad for it." "What is she?"

Tucker Miller wrote this science fiction novel while on a record-breaking deployment. He uses the feeling of separation and loneliness to highlight the mood and shift it into a story unlike any other.