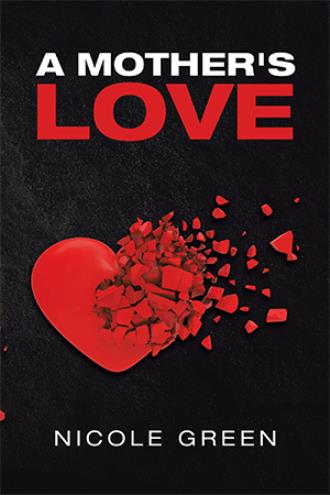 Walking into St. Thomas’s Middle School the next day felt like I was being stabbed in the heart. I had to catch my breath when I opened the doors to prepare for what was coming next. There were police everywhere. They were talking to all the teachers, talking to students, and checking the perimeter of the school. They had interviewed me right after lunch ended. “Mrs. Smith, please come with us,” the police asked. “I just know she was headed down Main Street before everything went dark,” I said. “I’m sorry I don’t know more.” Everyone was on edge. It was nearly the end of the school year, and now, we are missing one of our students. Yes, Stevie had sometimes caused problems and had a tough time, but where would she have gone? Why did she run away? Not just from school but from home. The school had called her family as soon as they heard about my seizure because everyone lost eyes on Stevie. The ambulance had come quickly and so had the police. Melanie sent one of the officers to look for Stevie, and they couldn’t find her. They searched for hours, but there was no sign of her. Her parents came to look for her as well and brought many friends and family because she never showed up at home. She just vanished. My worst fears were coming true. I just wanted to know that Stevie was safe. I wanted to know she was back at home with her parents. Every day after that, it was hard to find joy. The students were not told about Stevie’s disappearance. They were only questioned on what she had said that day. I think the students knew something was up, but they didn’t know all the details. The teachers were hoping that one of her friends had known something we didn’t—maybe she talked about running away, where she would go if she did leave, places she likes to go to. But nobody knew anything. We still had class every day. We still had to laugh when our students told us a joke. But we all faked it. It was hard not to break down and cry during our planning times, even though Julia sometimes did. It was important that all the teachers stuck together to keep each other afloat. Two weeks later, they told the students all we knew. The principal came down with an officer and explained that Stevie had run away and, if anyone had any information, to let their teachers know. Later that day, Logan came up to Julia. “Yes, Logan, what is going on?” Julia asked him. “I think Stevie is in trouble,” he said. “What do you mean?” “The day she supposedly ran away, she told me she was scared.” “Scared of what?” “Well, you know how she walks home every day?” “Yes.” “I guess the same car has been following her,” he said. “Why didn’t you tell me this before, Logan?” “I was too afraid to believe it. I thought she was just suspended, but when they said she had run away, I knew it wasn’t true.” Julia instantly called the principal and told her to call the police. They had Logan tell them everything he told Julia. “Did she tell you what the person looked like or the car?” they asked. “Yes. She said it was a blue Honda Civic with tinted windows. I told her she was just being a scared baby,” he said. They wrote everything down and then left. As they were leaving, I went after them and asked the police if they knew anything or if Logan told them anything. “Yes. Unfortunately, what he told us lines up with what we have found. There was a blue Honda Civic found in the river. We weren’t able to get any prints off of it.” I didn’t know what to say. I was so happy that Logan was able to make a connection to where she possibly is. “So does this mean she had been kidnapped?” I asked. “More than likely,” the officer said. If only I hadn’t had a seizure. If only I could have caught up to her before she was taken.

“If I had two guns, I would shoot the two of you!” James screamed in the office. None of us responded. I was standing right in front of the door when James came toward me and slammed his fists into the window slit that was next to the door. “I want to break this fucking window!” James hollered. My heart was racing, and I just stood there. Walk through a day in the lives of a sixth-grade special education teacher and a few students who have many different needs. What happens to one of the middle school students, Stevie, and who is to blame? Is every student safe? Is what you are reading the full story? Witness through the eyes of Mrs. Smith and the anxiety that follows her at all the students’ behaviors. Are the kids really this challenging, or is there something that is causing this behavior? Will Mrs. Smith continue to try to have a child of her own when she knows the dangers that are lurking in this world?