249 Topics Illuminated by a Trio of Lanturnes 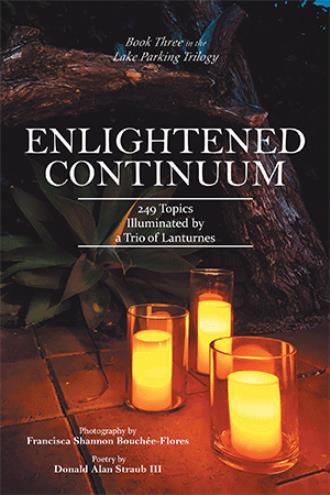 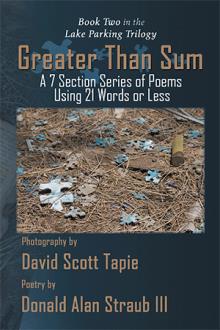 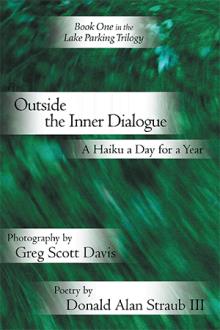 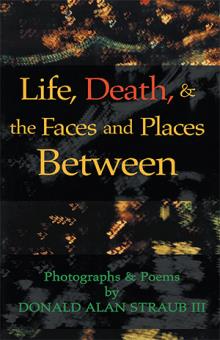 ENLIGHTENED CONTINUUM, the third and final book in the Lake Parking Trilogy, is a collection of lanturne poems that when written on the page look to be in the shape of lanterns in using their 1-2-3-4-1 syllables per line structure. A trio of lanturnes are used to illuminate each of the 249 topics. The book is about youth and their search for understanding, their inquisitive nature, their desire to conquer, and sometimes being trampled upon. It draws upon the dark and light of life, taking notice of ideas both small and large. It is a way of working toward balance. These poems are food for thought, combining the yesterday and today as indicators of tomorrow’s trajectory. They are slices of time that allow us to contemplate. It is specifically about people who inspire me and issues that excite or trouble me. I draw material from the day’s headlines and pop culture. Some themes are uncomplicated, and others are heavy in nature. The poems are candid in language and play out against the backdrop of history. It is about capturing the subject in a straightforward manner, bringing a clear focus to the work. The goal is to get back in touch with our greater humanity.

Donald Alan Straub III, born in Lakewood, California, was raised in Long Beach, California. He graduated with a Bachelor of Arts in Film/Radio/Television from CSU Long Beach. While attending film school and since graduation, he has directed, produced, written, and edited a number of films. Don has pursued other various interests in recent years. Currently working in Commercial Real Estate. Now he’s chosen to broaden his scope and attempt a trilogy of books titled the Lake Parking Trilogy. This is the third book in the trilogy and his fourth book published. Don married his beautiful wife Karrie in 2011 and considers himself blessed to have an immensely smart stepson in Ryan.

Francisca Shannon Bouchee-Flores was born in Seattle, Washington, and raised in Redmond, where she lived through her first year at the University of Washington. After meeting her now husband on a road trip to San Diego, California, Francisca transferred and graduated from California State University, Long Beach, with a Bachelor of Arts in Film/Radio/Television from CSU Long Beach in 1996. Francisca has continued to capture life's smiles and memories through her work in the school picture industry since 1998. She enjoys spending time with her husband Matthew and their three children—Mahlia, Liahna, and Maverick—in their hometown of Huntington Beach, California.