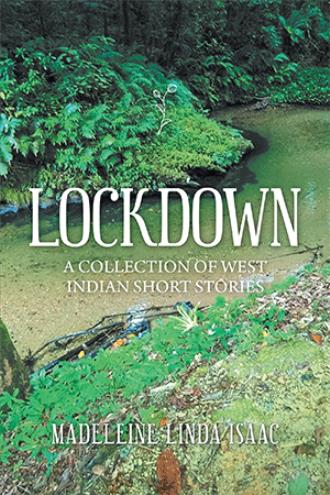 It perfumed the air. It was the last of the purple blossom. Not until next December will we experience the royal petals dancing over the wrought iron fence. It was my favourite, I could spend hours just staring at the rich colour and the thick velvety texture. The scent was durable and unusual. It drew me in and kept me in rapt. Paula walked into the den holding out one hand and waving the other. I could sense an uneasiness in the air and smell that trouble was our neighbours. “Just look at this,” she shouted. I moved close to the window to get away from her and to enjoy the last spray of nature’s treasure. I was in no mood for conflict. I simply wanted to enjoy the view of the garden but in the comfort and shade. I love to spend time with myself and my flowers, my mother’s garden became my world. It was my escape from the never ending familiar conflict that seem to follow us no matter the distance. Marriage or geography was no match for this spirit. It has its roots deep so it spread its branches wide and far. Paula had this habit of courting trouble and inviting conflict. She was the king of drama queen. I knew what she was about to say had trouble embossed on it. Paula was referring to our mother’s new will. She was furious. “How could she do this? Does Jason know about this? Do you know anything about this? What is really going on, who is advising her,” she blurted out with a litany of expletives. Mama had been ill for some time and was putting her house in order. She ordered the repainting and redesigning of the bungalow and an overhaul of the garden. She demanded that all the orchids be hung on the eastern side of the greenhouse which stood next to the living and dining area and the lilies be placed on the northern side. While all the other plants be placed at designate spots. My mother’s garden was breathtaking, the colours, the arrangement, the smells all came together to create an enchanted space. The garden was her passion and her lover after our father divorced her. She also rewrote her will removing Paula and Jason completely while leaving me as the sole inheritor of our beautiful family mansion inclusive of the vehicles, investments, money and her treasured garden. Mother was a shrewd businesswoman with lots of investment. She lived a quiet life after my father left choosing to focus on her work and her flowers. “When you like an orchid you pick it but when you love an orchid you water it” she would often say quoting an old saying by Buddha. Her investments brought her amazing yields so the monies were reinvested on went into travels or her garden. Her shoulder length salt and pepper curly hair gave her a much thicker appearance. Her tiny grey eyes would smile back together with her thin pursed lips. She was a well-known virtuous women in the community and business world and was admired by all but my father’s womanizing was also recognizable to these same people. We want for nothing, we had all the trappings and luxuries of life but my father’s floundering around made us very indigent. I felt like we had nothing and needed everything.

Lockdown is a stunning compilation of short stories set in a Caribbean context. They are a welcome change from the normal fairy tale, as they capture the joy and challenges of growing up in a rural Trinidad long ago. The vivid characterization, appealing setting, thrilling and electrifying plots as well as the adventurous and humorous themes bring these pieces to life. Reading quarantine collection is like viewing a Caribbean sunrise or sunset, playing mas, eating doubles, bathing in the river and watching a stick fight. For anyone who is intrigued by the Caribbean or those who are familiar and want to reminisce it is the ideal book. These stories will captivate you so that you are unable to put it down. You will find yourselves returning to these enthralling stories. Whatever your genre or passion these stories will excite and electrify. Lockdown is a necessary read.

Madeleine Linda Isaac hails from the beautiful twin island republic of Trinidad and Tobago. She is a university graduate with a Master of Art in Literatures in English and currently teaches language and literature at a secondary school. She is the author of two remarkable children's books of stories and poems, Me and Animal Adventure that were inspired by her two adorable children. She has also published numerous articles and has done many presentations on different subjects. Her passion for nature and the arts prompted her to establish the Arts, Writers and Poets Club as well as the Save Our Environment Club at her school. Her work in the field of Arts in Education is extraordinary, as she has hosted many distinguished poetry, prose and arts events. She is an ardent believer in hospitality and charity, thus they play a huge part in her life and work.