Can't You See It? 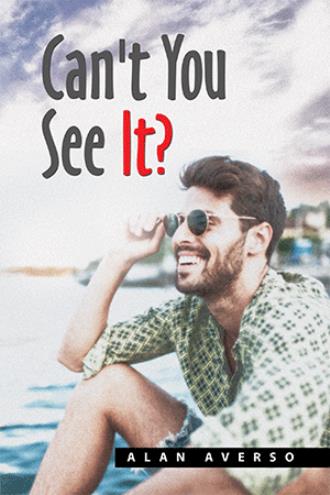 For all of his experiences and hard times and joyous times and successful times, nothing was more comforting and reassuring than those words, but, strangely, in a flash, in an involuntary response to his recent trauma, Charles’ mind replayed a lifetime of events that he had either taught himself to ignore or had used to propel himself forward. The flash of memories began as he recalled the earliest times in his life when he was happy, and in his mind he was six years old and he was running through a snowy field dragging a sled behind him, and then he was speeding down a snow-covered hill, laughing and trying to figure out how to steer the crazy thing, finally colliding into a tree trunk and laughing, and then he was eleven and he was taking a fantastic cross-country vacation with a close friend – a great friend – an older man, a father of sorts, a kind and funny man who he later modeled himself after, but at twelve he became awkward and unsure about the new feelings he was experiencing with regard to some of the girls in his class who were no longer just other kids on the playground but who were all of a sudden pretty and sweet, and at thirteen he had his first heart break by one of the girls who, probably through her own awkwardness and shyness, had rejected his invitation to an end-of-year class dance, said that she had a dental appointment, and ultimately moved with her family to California during that summer. He didn’t have any guidance from his family about which feelings to accept and which ones to reject. Through all of these times he felt a conflict between the forces that were driving him to be himself and the expectations and prejudgments of the other people that were preventing it from happening: too much to bear for a young boy. The passing of the father, the mother’s stroke, and the dominating grandparents left his teenage years empty of compassion, love or direction, so like a weed, he grew without much care or feeding, but, like a weed, determined to not only endure but to prevail, he continued to push onward, and without changing the thing inside him that drove him toward excellence he continued to achieve great things even as, and in opposition to, the resistance and disdain that he received from others who didn’t understand him. The smothering experience of his first marriage was tucked away and labeled as a long and grueling ordeal marked as a life experience and a character builder, and when he thought about those years of solitude and isolation he remembered feeling the burning flame to succeed, and he remembered all of the times when he looked into the faces and eyes of the people he encountered, and when he came to that particular point in the memory he glanced up and saw the eyes of the one he had longed for, and beyond the eyes he saw her spirit, her beautiful spirit, and as soon as those memories came to him they vanished, and he was closing doors in his mind to chapters of books that he no longer needed to carry. Here was his life and here was his dream and here was his future – he was wanted as he was and for what he was and for who he was.

Charles Pendleton and Simone duPont seek, but don’t always see. Simone seeks love; Charles seeks a way to feel settled and be satisfied. Neither can see that their love and security is right before them until it is taken away. New things become visible in the dark moments of deception and greed-driven ambition; things that were once overlooked; things that were better left unseen. Out of the darkness, like a new sunrise, like a second chance to refocus, Pendleton and duPont change their perspectives and see, feel, believe, and experience things for what they are. This inspirational, dramatic, adventurous love story blends elements of career, life, loss, and recovery, and shares a clear and insightful message through the eyes of a man, woman, their friends and their families and a year of life opportunities in France, Italy, England and North America.

Alan Averso was born in Connecticut and grew up on Florida's Gulf Coast. After serving in the Air Force in England he spent many years in the aerospace industry as an industrial engineer. Alan lives in North Carolina with his wife and three cats, sings tenor and plays keyboard in his praise band, enjoys traveling, home repair projects, many forms of music, and being around friends and family.