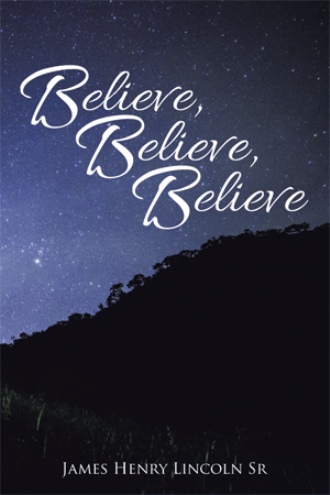 Get ready to step into greatness! This is not just a book—it’s a journey of discovering where you are, who you are, and who God is. He is calling you out of Egypt to walk freely into your promised plans and purposes for your life. They are waiting to be fulfilled. Come and experience THE ULTIMATE JOURNEY that will establish intimacy with the Almighty God. This book shows you how to trust God completely—how to live in perfect alignment with God’s plan for you.

James Henry Lincoln, Sr was born in New Castle, PA. He graduated from New Castle Senior High School. After graduation, he enlisted in the United States Air Force and retired from the United States Air Force in the grade of Master Sergeant. James spent a total of 22 years in the United States Air Force and traveled to such places as Korea, Japan, Okinawa, and Hawaii. While stationed in the State of Ohio, James underwent a radical transformation when he accepted the Lord Jesus Christ into his life. James went from an arrogant person to a humble person. A man who once only cared about himself, to a person who cares about the welfare of others. Overtaken by the mental illness of his first wife, James reached out for the Lord. James was then transferred from the State of Ohio to the State of California. After spending three years in the State of California, James was transferred to South Korea for one year. Returning to the State of California after a year in South Korea, James and his first wife were divorced. On, August 23, 1986, James and Gwendolyn (Palmer) Tyler were married at South Lake Tahoe, California. James did not know it at the time, but Gwendolyn was the answer to a prayer that had taken place some years back: James had prayed to the Lord concerning his first wife’s relationship with the Lord. James’ love for the Lord caused him to ask the Lord to give his wife the same love for him that he had. His current wife was this person. On, April 19,1992, Gwendolyn accepted the Lord Jesus Christ into her life. She is a woman who loves and seeks the Lord with all of her heart. Exactly what James had prayed for. James and Gwendolyn blended families and together they have five children: James Jr, Andrew, Ava, Anthony, and Michael. James Jr and Andrew came from James’ first marriage and Ava and Anthony from Gwendolyn first marriage. Ava and Anthony were adopted by James when they were young. All of the children are now grown, except Michael. Michael is the child of the union between James and Gwendolyn. James and Gwendolyn have been married nearly sixteen years. James was called into the ministry of the Gospel as an evangelist-teacher in August, 1994, and was licensed as a Minister at Calvary Christian Center on June 7, 1997. James serves under the leadership of Pastor Phillip G. Goudeaux at Calvary Christian Center in Sacramento, California. James is on his way to being known as a motivational speaker and author who inspires and encourages people to be all that God called them to be.