Guide To The Lost Mountains: A Western Novel 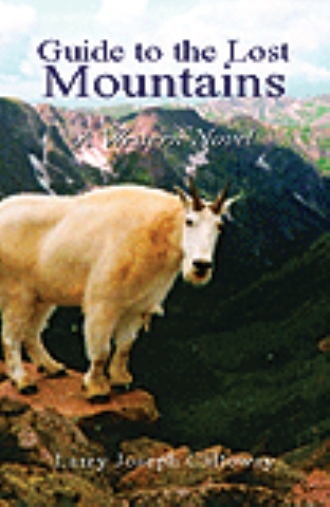 “GUIDE TO THE LOST MOUNTAINS” is my homage to Colorado in the form of a mystery novel set deep in the San Juan Mountains. Some of my characters would feel out of place in an homage, but not Siam Shawn, quixotic publisher of the Animas City Times, a strange weekly in a strange surrounded town. Shawn has returned to Colorado after a long self-exile. He wants to recapture the old days in his memory and the really old days in his imagination. (Or is it imagination?}

He publishes a personal column that eventually alienates: the mining company, the ski corporation, the gun club, environmentally-correct politicians, SUV drivers, creationists, academics—everybody. A radio talk show host advocates his arrest for capital crimes Siam is attracted by river guide Katherine Tower, a bright and beautiful soul mate with an agenda. They run off to the wilderness and have deep discussions beside El Rio De Las Animas Perdidas.

Yes, a river runs through it. But so does a narrow-gauge railroad. The trains come through full of tourists shooting pictures in all directions. In the old days there was only one train, run by the evil conductor, Mr. Blackstone, who carried a big gold railroad watch where his heart should have been. Anyway, someone gets killed, or so it seems, now or a long time ago. It´s a new story often told.

Cover bio LARRY JOSEPH CALLOWAY, a native of Denver, is a Western journalist. He began his career with the wire services at bureaus in Helena, Salt Lake City, Denver, and Santa Fe, where he settled and raised a family. He was the founding editor of Santa Fe's daily Journal North for the Albuquerque Journal and completed his career as a Journal editorial page columnist. He has studied at the University of Colorado-Boulder (BA 1962), Stanford University (Knight fellow 1979-80), and St. John's College of Santa Fe (MA 2001). He has been visiting wilderness since he was a boy.