The Gift of Misfortune 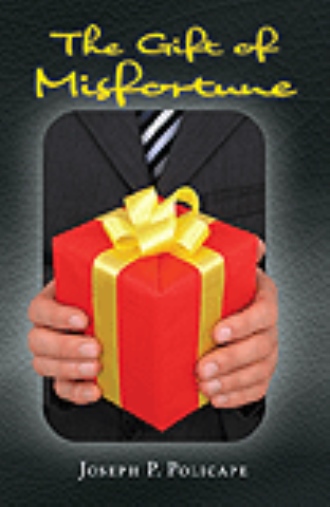 Summary T HE GIFT OF MISFORTUNE CHRONICLES THE STORY OF A YOUNG HAITIAN IMMIGRANT TORN BETWEEN HIS NATIVE LAND, WHICH HE LOVES UNCONDITIONALLY, AND AN ADOPTED COUNTRY THAT HE FALLS IN LOVE WITH AT FIRST SIGHT. However, once he reluctantly arrives in his new country, in spite of himself, he loves it, but three major obstacles surface that alter his attitudes and eventually his life: his natural kinship with the Christian notion of poverty and wealth; his encounter with his adopted father/friend, Thomas, who is very critical of America; and the most important, the obstacle that makes him change his attitude about American culture and democracy—his malevolent and greedy wife, Monica. Politics, religion, fear, deception, greed, courage, and revelation all come to play in the journey of Armand, who brings a willing sister to the United States while his heart and soul is still in Haiti. During Haiti’s most turbulent recent times, Armand and sister, Deborah, become concerned about the chaos that is claiming the streets of Port-au-Prince. The fear, violence, murder, and hopelessness were affecting not only the poor and desperate but the wealthy and desperate as well. Deborah wants to go, and so one morning, she wakes up in her comfortable house. After hearing another story of one of her friends put to death because they will not join the military of Baby Doc (Jean-Claude Duvalier), she wants to go out of Haiti as both patriot and citizen. Deborah cannot go anywhere without her brother, Armand, and though he too is frightened, he feels that he can’t leave Haiti. They are not involved in politics, but are religious: Armand, fundamentalist Protestant; and Deborah, traditional Catholic. They are still thrust into the politics of the country. They attend the finest school in Haiti, and they attend this school with the country’s elite who are pro-Duvalier. With warring factions, violence spurting all around them, certain friends disappearing overnight, never to return, and some friends demanding them to choose between their neutral political life, and the need for them to get involved in the Duvalier government, and concerns for Deborah’s freedom since an important Duvalier official might want Deborah for his son, they hatch a plan to escape to the United States of America. In the beginning, it is Deborah, and not Armand, who wanted to abandon Haiti, but Armand has to go to protect his sister and make sure she got there safely. After making a careful trip to Bainet to get money from their very wealthy parents, they leave for the United States of America. Armand leaves with a heavy heart because, unlike Deborah, he wanted to stay in Haiti to do religious work, which would end up looking like political work since Armand has a close connection and passion for the poor. But because of family and tradition, Deborah becomes the major priority. Armand starts a whole new journey when he gets on that plane to the United States and lands in New York City, where his relatives and friends are awaiting him and Deborah. In New York City, he is immediately thrown into a quandary. Though he misses Haiti, he excitingly falls in love with the United States and New York City. On his beginning U.S. journey, he is introduced to the two most important people in his life and the two most important characters in the novel. Also, he is introduced to two of the most important persons he met in his life in the United States: Thomas, a radical Christian socialist who constantly places the United States into the glaring light of expectation and reality and compels Armand to go beyond his strict religious beliefs to uncover deeper truth about a society that worships the material greed; and the other person is Monica, a young woman of questionable reputation, but has sterling charm, a charm that, in spite of all of the warning of Armand’s family and church friends, got Armand to marry her. The novel unfolds with these two polar, opposite ch

Poet, writer, thinker, Joseph P. Policape was born in Haiti and arrived in Nyack, New York in the early 1980s. In the mid 80’s he moved to Massachusetts where his higher education took place with focus on business, Computer Technology, and theology, but the love of writing had always been a permanent love. Policape is the author of three poetry collections, a short story book and a novel.