A History of Pharmaceutical Education at Howard University 1868–1981

by Howard University College of Pharmacy 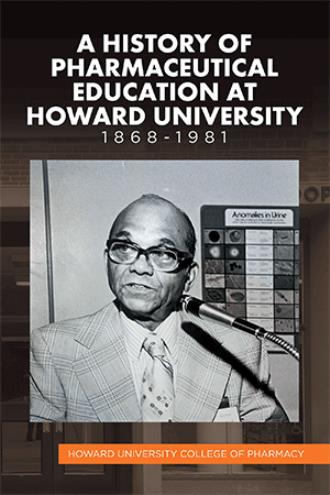 The significance of history to individuals was demonstrated by the worldwide popularity of Alex Haley’s book Roots. People around the world have shown an increased interest in genealogy and have attained a sense of dignity and pride in their being. They have acquired a sense of direction in their life’s pursuits.

Roy Clifford Darlington was born on February 22, 1908, in Indianapolis, Indiana. He graduated from Washington High School, Massilon, Ohio, in 1927, as an honor student. Following his graduation from high school and during the Great Depression, he worked at various jobs and played semi-pro baseball. On January 3, 1938, two months before his thirtieth birthday, he enrolled in the Ohio State University College of Pharmacy. In June 1941, he received the Bachelor of Science in Pharmacy (B.S. Pharm.) degree, cum laude, and in August 1943, he received the Master of Science (M.S.) degree with a major in pharmaceutical chemistry--both degrees at Ohio State University. It was also at Ohio State University that he received his Doctor of Philosophy (Ph.D.) degree in pharmacy in August 1947, becoming the first black in the United States to earn this degree. The author joined the faculty of the Howard University College of Pharmacy in September 1943. Following receipt of his doctorate degree, he was promoted to the rank of associate professor and later to the rank of professor in 1949. He was the first chairman of the Department of Pharmacy and held the position from 1959 to 1973. He served as an assistant dean from 1971 to 1973; as acting dean of the College from July 1, 1972 to January 1, 1973; and as associate dean of the College from July 1, 1973, to December 31, 1975. He contributed to the scientific and professional literature by publication of his research findings. Primary among his interests was health professions education. More than 30 articles and several chapters in textbooks written by him concerned medical, dental and pharmaceutical education. Two of the books are Prescription Pharmacy, and the Handbook of Non-Prescription Drugs (through five editions). He was elected to Phi Eta Sigma, a national honorary fraternity; Rho Chi, the national honorary pharmacy society; Beta Kappa Chi, a national honorary chemical society; and Sigma Xi, a national honorary scientific society.